After the Berlin Wall fell in 1989, the German economy suffered a number of setbacks, with pervasive unemployment across the country through the early 2000s. But this is not so anymore: in the aftermath of the recent global financial crisis, Germany's economy has awakened, and has been fairing much better than others in Europe.

“It has one of the best reputations in the world economy-wise,” says Marcel Kalis, head of career services at ESMT European School of Management and Technology in Berlin.

Perhaps because of this, in the past few years, Germany has established itself as a top destination for international students looking to do their MBAs. For many Europe-bound students who might have previously only considered business schools in France, Spain, or the United Kingdom, Germany is becoming an attractive option.

“We always ask the students why they're applying for an MBA in Germany,” says Heidrun Hoffmann, MBA program director at WHU's Otto Beisheim School of Management, ”and they say it's because of the strong economy, and because they want to get the German experience.”

Adding to the country's nascent appeal is the fact that a number of internationally-recognized business schools have emerged over the past decade.

According to Bernhard Schwetzler, MBA program director at HHL Leipzig Graduate School of Management, “so far we have not had really world-class, top player international business schools here in Germany, but I think that this is changing.”

Best of both worlds

And indeed, today there are more Germany-based MBA programs with international accreditation, and a few, like Mannheim Business School and ESMT, are even starting to show up in the main international business school rankings. Many of these programs have been successful because they integrate a “best of both worlds” learning style, which combines the traditional strengths of the German academic system with a more modern business school approach to teaching.

“On the one hand, we adapt the American teaching style: interactive classes, case studies and so-on,” says Schwetzler. “But on the other hand we still have a German approach to academic rigor.”

Some MBA programs in Germany also integrate a customizable, international experience that can open doors across borders. According to Jens Wüstemann, president of Mannheim Business School, the school offers participants five different MBA tracks so that candidates  “can qualify for the regions and markets in which they wish to work in the future.”

Students in the various Mannheim tracks can complete part of their MBA program in a wide selection of other business schools across the world, including New York University's Stern School of Business, the National University of Singapore, and Spain's EADA Business School.

Additionally, some MBA programs in Germany also help students develop their soft skills, which can help them in future global roles. “We have courses on leadership, we have courses in teambuilding, we have courses on intercultural awareness and communication skills,” says WHU's Heidrun Hoffmann. “I think this is very important for an MBA.”

Potential MBA applicants should keep in mind that there are slight differences between the higher educational system in Germany and elsewhere. While there are traditional universities in the country, there are also specialized colleges of higher education called Fachhochschulen (often abbreviated as Hochschulen) which are sometimes called universities of applied sciences, and are much like vocational schools in other parts of the world. Some Fachhochschulen that offer MBAs include Furtwangen, Pforzheim, Esslingen, and Offenburg in the south; and Bremen in the north. However, most internationally accredited MBA programs are offered by private business schools, like ESMT, WHU, HHL, and EBS Business School.

Even though many MBA programs in Germany are now taught completely in English, learning the German language can be an important asset for international students who want to work in the country after graduating.

According to HHL's Bernhard Schwetzler, “the chances of getting a job in Germany without fluent German “is only realistically to be expected in one of the big firms – the international firms.”

“But if you want to work for a smaller company that is more regional here in Germany, then of course knowledge of the German language is a must-have,” says Schwetzler.

And this advice shouldn't be discounted. The small- to medium-sized enterprises – collectively known as the Mittelstand in Germany – are increasingly credited with the country's recent robust economic success, and employ almost 80 percent of the country's workforce, according to some estimates.

But of course, an MBA program in Germany can also help with landing a job with the larger, internationally-facing German firms, such as Lufthansa or BMW. According to Rick Doyle, ESMT's global marketing manager, an exposure to the operations of these firms can be beneficial. Accordingly, students at ESMT “take trips to German companies to see how they're laid out and how they work,” he says.

> See a list of the top 10 business schools in Germany and German-speaking Europe here.

For many international students, these larger firms, which can range from insurers and financial services behemoths like Allianz to more technology-oriented companies like Siemens and SAP, are attractive because careers can be launched with them without a perfect knowledge of the German language.

“The thing is that the big German firms are international enough that you may start a career here without being perfectly fluent in German,” says HHL's Bernhard Schwetzler.

Beyond the “Silicon Valley of Europe”

Despite the appeal of the big international firms, an increasing number of MBA graduates in Germany are going it alone. According to ESMT's Marcel Kalis, “in last year's batch of students, we had more than ever, graduates who started their own business.” It helps that ESMT is in Berlin, which has been called the “Silicon Valley of Europe,” due to the city's ballooning number of start-ups. But Kalis notes that graduates of the program have also started businesses in other places around the world, like New York.

Likewise, Bernhard Schwetzler says that many of HHL's graduates end up making their way to Berlin to start new businesses. “There's a good opportunity for those who want to create their own company or to learn how it is to work in a start-up company,” he says.

In any case, Schwetzler notes that international students who do want to stay and work in Germany after graduation have a fairly good chance of doing so. “Roughly 50 percent of the international non-German speaking students end up staying in Germany,” he says.

“We are not able to guarantee that every student coming from India or China will be able to stay here and find a job, but of course, it works out pretty well.”

And international students who get their MBAs in Germany face relatively few barriers if they do want to stay and work. According to Marcel Kalis, “none of the [ESMT] students who have wished to stay here have ever been refused a work permit.”

“This is very important for students who are from outside the EU.” 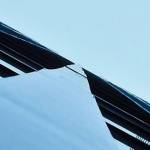 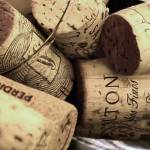