A Change of Place: MBA Programs for the Internationally Mobile

Thuli Skosana had a few goals when she started her MBA at Copenhagen Business School in 2008. Having worked in media companies in Johannesburg, she wanted to build a theoretical framework around her work experiences. But more importantly, she wanted to make a transition.

“I really wanted a drastic change,” she says.

Skosana is representative of many MBA students who use their business school experiences to shift regions, and end up living and working in a different place than from where they are from. Skosana now works as MBA admissions director at Copenhagen Business School.

Like Copenhagen, Singapore lures young professionals from around the world who are attracted by the city's lifestyle and career opportunities.

“Everybody wants to move here,” says Saima Siddiqui, deputy director of career services at the National University of Singapore Business School. “Even students who come on exchanges from places like Prague, they never want to leave.”

Singapore can be a doorway into Asia, without the same culture shock that might happen in other parts of the continent.

“It's very safe, everyone speaks English, and it's in the heart of Asia,” Siddiqui says. “It's a really easy place for you to make that transition. You don't need to speak Mandarin, and you can probably even buy your favorite cereal at the grocery store.”

There are also some students who don't stay where they study, but use the business school experience to break into another place altogether.

According to Gareth Howells, executive director of MBA and MIF programs at London Business School (LBS), only 30 percent of students who do the MBA at LBS return home after graduation. A good number of graduates stay in London, but many go to other parts of the globe, including metropolises like New York City and Hong Kong.

“The majority of people are seeking to not immediately return to their home country, and they're looking to go to their third, fourth, or sometimes fifth country,” says Howells.

Howells notes that London is an ideal city for this kind of transition, in that its global connections and central location allow students to springboard into places all around the world. “The city has a reputation as a global business hub, and that whether you choose to work in London after graduation or not, you're going to get a global experience,” Howells says.

Some MBA students find that going on a global study trip or pursuing an international exchange with a partner school can help with their international mobility. According to Howells, “Quite a few of our students secure an employment opportunity whilst on an exchange program, or make the connections that later assist them in getting a job.”

Similarly, not all NUS graduates stay in Singapore, but rather, some go to other Asian countries like the developing “Tiger Cub” economies of Indonesia or Thailand. According to Saima Siddiqui, some NUS students are surprised that they can leverage their unique cultural heritages in countries like Vietnam, for example, even if they grew up in a Western country.

For example, “if you're Vietnamese-American, you'd be amazed at how sought-after you are after you get here, because of the language,” and other cultural connections.

Even so, about 60 percent of NUS MBA graduates (of cohorts that are mostly not native Singaporean) end up staying in Singapore; and because they've studied in the city, they have a leg-up on opportunities in growing industries like consulting, financial services, and marketing.

“Even though our students may not be from here,” Siddiqui says, “ they've spent two years here, they've done internships, and they've had a lot of immersion-type experiences.”

“So they're well-positioned to take advantage of these opportunities.”

The importance of networking

Beyond the glimmering attractions and career opportunities of cities like London or Singapore, for many international students, a transition into a new country means a new set of challenges. Of course, you might not be able to find your favorite products in the supermarket, but there can also be profound cultural differences, and potentially a new language.

Thuli Skosana says that many CBS graduates who stay in Copenhagen get jobs in international firms, where fluency in Danish is not typically required.

“I think that most students will go into the multinationals, where the first language is English,” she says.

But often, more significant than the language is the development of a network, and relationship-building.

“Most of these companies are looking for skills, not language competency,” Skosana says. “People want to know who you are, what you've done before, and what your skills are.”

Saima Siddiqui from NUS would agree.

“It's not just like you can get here, and you can find a job no problem,” she says, adding that building relationships is vitally important for students who want to stay in Singapore after graduation.

“A lot of the opportunities are very network-based. Once you know people, then people know you, and it's much easier to find something.”

To that end, many MBA programs offer opportunities to connect with local industry, through company visits and alumni events. Internships can help as well, in that they allow students to prove their skills and build connections, in a real workplace environment.

“Internships are a great way to not only test out locations, but also test out functions and roles,” says London Business School's Gareth Howells.

“We see that students use internships to try something new, to go and work somewhere different, and that will often inform what they end up doing permanently.”

Please see the school profiles below to see the MBA programs offered by the business schools mentioned in the article, as well as others that are good for international mobility.

"When the sun goes down... Marina Bay starts to dazzle..." - William Cho / Flickr 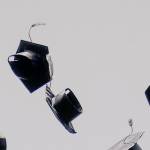