Fewer US companies are willing to hire non-US MBA graduates due to the Trump administration’s more stringent visa regime. What can students do to secure employer sponsorship?

When Pablo Gonzalez enrolled on the MBA program at Washington DC’s McDonough School of Business three years ago, the Spaniard’s classmates warned him that it would be difficult to get hired in the US.

For decades, coming to what today is the world’s biggest economy for business school had been a (fairly) sure-fire way for international students to secure well-paid jobs at prestigious US companies, such as Microsoft, McKinsey & Company or Goldman Sachs.

But America’s more stringent visa rules and negative immigration rhetoric have made it much harder to do that in recent years.

On graduation in 2017, Rueda landed a job at a US sustainable investment firm using the Optional Practical Training (OPT) program, which allows master’s graduates to work for a year in the US. The employer agreed to sponsor him for the highly skilled work visa scheme known as H-1B, once the OPT year ended.

There are 85,000 H-1B visas granted each year — 20,000 are reserved for master’s students. In 2018, there were over 199,000 applications for the visas overall, implying that approximately 43 percent of companies who asked for sponsorship were successful.

Rueda was fortunate to receive a H-1B visa, but he says it was “like tossing a coin”. And those chances appear to recently have diminished somewhat. Fewer than half — 47 percent — of US companies planned to hire international business school graduates in 2018, down from 55 percent in 2017, according to an employer survey conducted by the Graduate Management Admission Council (GMAC).

Some US companies are reluctant to hire foreign workers

Despite a buoyant economy that is approaching full employment, business school administrators say that some US companies are more reluctant to hire foreign workers. One reason is that the US administration under president Donald Trump is now more closely scrutinizing H-1B applications. These applications are made by an employer on behalf of a candidate, who is required to supply evidence of a degree from an accredited institution and a job offer, among other documents.

Maureen Carenter, assistant dean of the McDonough School’s MBA Career Center, says that companies are expressing, more explicitly, their preference for job candidates who already have US work authorization than in the past.

Since most MBA graduates are able to work in the US during the summer with a student visa, they often apply for jobs that require work authorization, in the hope of securing sponsorship after being hired.

But now employers are advertising jobs that are specifically for candidates who will not require sponsorship in the future, Carpenter says, without providing an example of such a company.

“Our advice to students is to focus on their prior work experience and to clearly articulate the value that can provide to the employer,” she says.

Schools report that, anecdotally, far more applications for H1-B visas from MBA candidates are being sent back for extra documentation, or are being rejected outright. In particular, the US administration wants to see that the courses students are taking align with the roles that they’re applying to.

Denise Karaoli, senior associate director for international programs, opportunities and diversity at the Darden School, says “we see a huge increase in RFEs [Requests for Evidence] and a major increase in denials” of H-1B applications.

“One of the things they’re saying, which is really throwing a wrench in the MBA industry, is that the MBA category is too vague to make the case for these jobs,” says Karaoli. “And they’re looking more for a speciality degree or concentration.”

Rueda, the Spanish MBA graduate, was asked to supply evidence of academic qualifications and a letter proving offer of employment. His company was asked for other documentation and Rueda estimates that it cost the employer between $3-5,000 in legal fees to secure his H-1B visa.

“In terms of the economic cost, it’s not something that pushes companies away because most will be able to pay it,” he says. “So it’s more the dedication and knowledge of the process that they need. My advice is to be informed and try to help your manager, company and the lawyers with the documentation,” he says. “And don’t make a big deal out of the visa.”

When the Trump administration (officially) came to power in 2017, it signalled changes to the H-1B scheme that would seemingly actually benefit business school graduates. The government wanted to clamp down on visa fraud, targeting lower skilled and lower paid work, mostly in the outsourcing sector.

But now the visa crackdown is hitting the lucrative work that MBA graduates go for, such as consulting or financial services.

Darden’s Karaoli likens the H-1B program today with America’s “Green Card” system, in which some candidates have to prove that they are “exceptional” to get a US work visa. “Unless there is a stellar candidate, it’s very difficult for an employer to make the case for a H-1B visa,” she says. “In my 12 years in this field, I’ve never seen it this bad.”

Some US companies are lobbying intensively to get the visa regulations changed, so as to make it easier for them to hire internationals. Tim Cook, the CEO of Apple, along with Satya Nadella, Microsoft’s chief executive, and many others have spoken out against the Trump administration’s approach to immigration in response to a controversial travel ban.

US companies have warned of a “brain drain” of talent out of America, which they argue would damage the country’s economic competitiveness.

Some companies see a risk in taking on foreign MBA grads

The uncertainty around the future of US visas is having an impact on employers’ hiring choices, according to a career coach at a top US MBA program.

“Companies are increasingly nervous to take on the risk of a student that requires sponsorship, given the unknown of the current immigration laws,” says the coach, who also works for Stacy Blackman Consulting, an MBA admissions advisory firm.

“Companies that sponsored in the past are now not,” this person adds. “Even if they say they ‘are’, they sometimes will communicate to us internally that they would only take a ‘rock star’ international student over a domestic one.”

This is having a damaging impact on application numbers to US schools. Some 71 percent of their flagship two-year, full-time MBA courses suffered a decline in applications in 2018, according to GMAC. Meanwhile, in Canada, Europe and Asia, applications to business master’s courses overall appear to be booming.

Commenting on the fall in US application volumes, Bill Boulding, dean of Duke Fuqua and chair of GMAC’s board, said: “Access is a critical issue facing higher education. Economic indicators in the US are strong, but if we are to maintain such growth and productivity, we need to make it possible for people from all different regions and backgrounds to study and work in the location they desire. If that doesn’t happen, we limit not only the possibility of an individual, but also continued economic prosperity in the US and growth around the world.”

The McDonough School reported this year that applications to the MBA fell by 16.2 percent compared with 2017. Amid the more challenging outlook for international students, the school provides career development for them that is focused on networking in the US, highlighting their skills, and finding companies willing to sponsor them, says Carpenter. But under the current visa regime, that is by no means guaranteed. 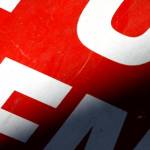 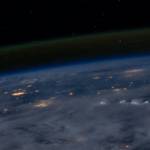