The lists are an invaluable resource for MBA aspirants. But critics claim they have too much influence over student choice and course design

Few things are loved and loathed in equal measure among the business school community as MBA rankings. The lists are an invaluable yet imperfect resource for MBA aspirants. Rankings help them compare and contrast schools through a wide range of metrics gathered from student, alumni and recruiter surveys.

But critics claim that rankings have too much influence over student choice and course design. And that rankings overemphasize graduate salaries, penalizing schools whose alumni work at nonprofits or startups, without properly taking into account sustainability, ethics, or teaching quality.

Such concerns appear to be growing louder. At January’s World Economic Forum in Davos, an in-depth report was published, calling for a radical rethink of MBA rankings. The report was by UN Global Compact, the world’s biggest business sustainability initiative, and drew on interviews with business schools, businesses, accreditation agencies, and rankings publications.

“Rankings have a huge effect…[on] everything from who is hired onto the faculty, what students you recruit, what journals you publish in, even whether there is valet parking for recruiters,” says David Pitt-Watson, executive fellow at the UK’s Cambridge Judge Business School and co-author of the report.

“[But] rankings hardly measure what is taught and what is learned.”

Frank Blasio, director of thought leadership at the Coalition for Inclusive Capitalism, says there’s a need to “modernize business school rankings to account for the realities of the 21st century”.

“Business schools shape the leaders of tomorrow, but are often judged on incomplete criteria,” he says.

Finding consensus on the changes needed to rankings is a big challenge, however, as each school, company and MBA candidate uses them for different reasons. It seems unlikely that rankings will ever please everyone.

Still, the UN Global Compact report suggests 20 actions to improve rankings. Among the most significant proposals are to eliminate entirely, or reduce the weight of, the salary differential measure; to award credit to schools whose students work for low-paying but societally valuable firms; and to measure environmental and social factors on the syllabus.

Some rankings are already moving in the latter direction. The Financial Times—a stalwart of MBA rankings—recently introduced a sustainable teaching requirement for entry to its rankings, and has announced that it is reviewing its methodology more widely.

Indeed, some companies are interested in seeing more emphasis placed on sustainability, because it’s increasingly a business priority for them, and is likely to feed through to MBA curriculum design, and therefore potentially influence graduates’ opinions and motivations.

“Business schools are failing society if they don’t teach their students about the importance of sustainability, and they fail the businesses these students will lead in the future,” says Dr Steve Waygood, chief responsible investment officer at Aviva Investors.

John North, executive director of the Globally Responsible Leadership Initiative, adds: “Measures of progress that are more attuned to what the world really needs, and which the urgency of our times demands, will not come about if we follow the same formulas, measures and engagement models that brought us here.”

But are MBA rankings truly accurate?

Another concern about rankings is the way the information used to compile them is gathered. “Since the time and cost of having all submitted data independently audited is prohibitive, publications rely on the accuracy of information received and the integrity of schools that submit it,” says Alex Min, CEO of The MBA Exchange, an admissions firm.

But the data are not always accurate. In January, Temple University settled a $5.5m class-action lawsuit brought by current and former business school students over Temple’s falsification of data to gain the top spot in US News’ online MBA ranking.

“Such errors shake the confidence of those who use the final reports,” says Min. A solution is requiring schools to have their data independently audited before submission, or having publications do random spot audits, he says.

The salary metric is among the most discussed and contentious elements of rankings. Brandon Kirby, director of MBA marketing and admissions at the Netherlands’ Rotterdam School of Management, argues that rankings publications should find better ways to take into account salary differences across industries.

There should be a greater focus on career satisfaction, too, he adds: “If a student goes into the nonprofit space and is making below the average [salary of their class], but this is exactly what they wanted after graduation, why should the school be penalized [in rankings]?”

But removing or reducing significantly the salary metric seems unlikely. As Isabel Berwick, an FT editor wrote recently: “Being well paid after completing an MBA is still highly valued.”

Russ Morgan, senior associate dean for full-time programs at Duke University’s Fuqua School of Business, says the US school is not “anti-ranking”.

But he would like to see more measurement of what the school believes makes for successful business leaders, such as how someone meaningfully collaborates, or leads a diverse team through fostering a common sense of purpose.

He adds that measuring school culture, for example whether students actively support each other, is also a good idea. “The challenge for rankings editors is that those areas are less straightforward to quantify,” he says.

Despite a generally accepted need for reform, rankings remain an important resource among business school applicants, especially those from abroad who do not know as much about schools overseas as their domestic counterparts.

According to a survey by CarringtonCrisp, an education marketing business, 50 percent of students said rankings were a key factor in their school choice, even though they are not the final determinant.

Stacy Blackman, an admissions consultant in Los Angeles, says: “Consulting MBA rankings is a helpful starting point to orient the search for the right program.”

But it would be a mistake to focus solely on a school’s prestige or brand, she says, advising applicants: “Make sure to focus on what’s important — such as location, class size, specializations, cost and community culture.”

Morgan, at Duke Fuqua, points out that there can be significant differences between the major rankings, even though the same schools tend to come out near the top. Some rankings rely more heavily on career outcomes, like graduate starting salaries. The FT, for one, places the most weight in its ranking on salary.

Other rankings include metrics used to evaluate applications, like GMAT scores — US News does that.

It could prove beneficial for a candidate to consider which ranking, or elements of a ranking, are most relevant to their goals, but that process can be burdensome.

She saw an uptick in applications when Chicago Booth tied for first place in the US News ranking last year with Harvard Business School.

This was reflected in a 2018 survey of MBA applicants by Stacy Blackman Consulting, which found reputation of MBA programs was the most influential motivator of school choice. And, accordingly, the top-10 ranked US business schools were the most desirable among those surveyed.

Nevertheless, the methodologies of rankings look set to change, if not radically then conservatively. Bloomberg Businessweek has already reformed its ranking, after extensive consultations with business school administrators.

Kirby at RSM says: “I think we’ll see some shifts in how the rankings are constructed in the near future.”

During the virtual events, attendees will be able to meet with representatives from business schools all over the world
Four Business Schools Receive EQUIS Accreditation May 24, 2021
FIND MBA Updates Top 10 Lists by Specialization for 2021 May 18, 2021
Penn State Smeal Partners with the Forté Foundation to Support Women in MBA Programs Apr 12, 2021
The MBA Tour to Host a Series of Online Events Mar 17, 2021

Does it Make Sense to Apply for an MBA in a Pandemic?

The MBA market rebounded strongly after coronavirus hit employment, but the economic outlook is now looking much brighter

MBA Programs Nurture the Human Side of Leadership

Schools mentioned
Learning the Business of Booze in a Wine MBA 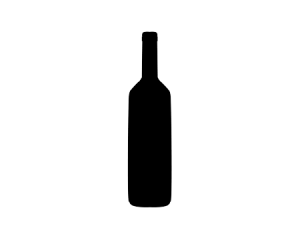 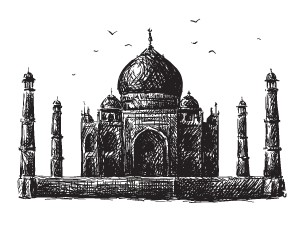