5 Questions about the GMAT with MBA Admissions Consultant Duncan Chapple

Should you go for a high score or a balanced score? Plus more tips from an MBA admissions consultant 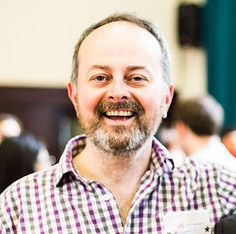 Why is the GMAT school such an important part of an MBA application?

The GMAT score is the most important part of most top MBA applications. Of course, not every MBA program uses the GMAT but almost all of the best ones do.

There's something like three layers of MBAs. At the top level you have schools that require the GMAT. In the middle you've got schools that only favor the GMAT. There are schools that prefer the GMAT but they might have their own test. And that can be useful because there are a lot of applicants who either can't get the money together for the GMAT quickly, or they can't get an appointment, or they're a little bit intimidated about taking the GMAT.

The GMAT shows whether you've got quantitative skills and verbal reasoning skills – those are very desirable for employers. If you limit yourself to schools that don't require the GMAT then you are going to be harming yourself. You’re not looking at putting yourself in the most competitive situation.

What does the GMAT score tell schools about an applicant?

The main reason why the GMAT is so important is because it is the best predictor of whether or not people can be successful in the MBA program.

I think most people who are consumers of the GMAT – mostly admissions experts – understand that there are people with certain backgrounds that might have a little bit of an advantage. And there are others, for example people who don't have American English as their as their first language, or people who don't have any kind of international English as their first language: admissions professionals are aware that different people are coming from different baselines. I think, generally, GMAT scores them pretty fairly.

Related Article: How to Prepare for the GMAT

There are very few MBA programs that require only verbal skills, where you can talk your way through to an MBA by being a quantitative person. But then the other thing is true as well. You can't simply calculate your way to an MBA. Managers have to be able to lead and challenge and debate and think critically, and to be able to engage in a mature and thoughtful way with the data.

Why do people get so nervous about the GMAT? Is it really as scary as people make it out to be?

I think a lot of MBA applicants get put off the GMAT quite unreasonably. There's a lot of hype and almost a certain degree of hysteria about the GMAT. And I think that that is particularly concentrated among students who are coming from highly competitive career pools.

There are lots of applicants who want to go to amazing schools like Harvard, Wharton and Stanford, where they look for very high GMAT scores, and well-balanced GMAT scores.

Many candidates come from highly competitive groups, where there are some applicants who look a lot like other applicants. Those people often have to score above average in order to stand out in some way. But the reality is that quite a lot of MBA applicants don't have to be that good. A lot of the hype that is stressing people so much about the MBA is really exclusively valid for people who think that they have to get 760 or 780.

Once you get out of the Top 20 in the Financial Times ranking there are some schools that are going to be quite flexible.

The reality is that although people talk about how difficult the GMAT is, for most people the Maths and English in the GMAT are at the level that you were at when you were 16 or 17, when you were at school. It's a question of getting back to that level and I don't think that is so hard.

A lot of people with minimal preparation are able to get a score that's good enough for a lot of schools, many of the schools in the top 100. Admittedly, if you are aiming at Harvard, or Stanford or Wharton then you need to work really hard to achieve that. But it's a pity that the whole dialogue about the GMAT has become fetishized about what you need to get into these schools.

If you had to suggest one aspect of the GMAT to focus on, what would it be?

If I had to pick one aspect of GMAT then I would really stress getting a balanced score rather than a high score. One of the things that schools are worried about is the idea of imbalance, that study groups may be imbalanced or individuals may be imbalanced and it might decelerate the rate of progress.

It's lovely to have a high GMAT score. But, actually, most schools would rather have somebody with a good score on both parts of the GMAT than somebody who had an absolutely excellent high score on one side and then a poor score on the other.

Traditional test taking would suggest that you should focus where you're strong, but I don't think that works with the best schools.

When you are in your discussions with schools, if you get the feeling that what they really want is a high score rather a balanced score, you need to be a little careful there.

It’s worth remembering that if you're being used to raise up their average, then the other people in the class might not be as good as you. So be a little bit careful about schools that are pushing you for maximum scores rather than the balance.

Tell us about the work you do.

I focus on helping international MBA applicants to identify the best path to change country, and especially outside the USA. Many MBA admissions consultants benefit from applicants applying to as many MBA programs as possible. My colleagues and I at Human Equity take the opposite approach, and encourage professionals to target the best schools for their career goals. More broadly, I am UCLA’s international alumni careers counsellor and am a doctoral researcher at the University of Edinburgh Business School.

More on the GMAT: