Investment banking lost much of its luster as a career after the Global Financial Crisis, yet many MBA graduates still enter the industry each year. We’ve compiled a list of the 10 best MBA programs for landing an investment banking job.

The list below is made based on the proportion of the latest MBA cohorts hired by investment banks. We also take into account the average salary paid to the MBAs, as well as whether they were hired by top-tier investment banks like Goldman Sachs or Morgan Stanley.

Location appears to be a big factor behind the success of schools in placing their students at investment banks, with those in or close to financial centers like New York City, London and Paris performing strongly.

The Wharton School of the University of Pennsylvania
Philadelphia, Pennsylvania 64 Followers 164 Discussions

At the prestigious Wharton School at the University of Pennsylvania, 37 percent of the most recent graduating MBA class went into financial services, with 13 percent to investment banks specifically. The median salary earned was $135,000 at investment banks including Goldman Sachs, JPMorgan, Credit Suisse and the boutique bank Perella Weinberg Partners.

NYU Stern School of Business is a stone’s throw from Wall Street, the global financial center in the heart of New York City. So it is unsurprising that the top-25 global business school is so successful in getting its MBA graduates investment banking jobs. In fact, 26 percent of the latest crop of MBAs joined investment banks, earning an average base salary of $127,882. 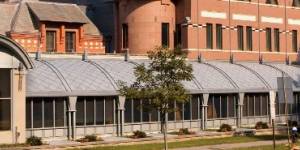 A massive 19 percent of the two-year MBAs from Cornell University’s Johnson Graduate School of Management joined investment banks on graduation last year, the likes of Barclays, Citi and Lazard. These banks paid out huge sums to acquire Cornell talent: the average pay was $137,738, with a $52,738 signing bonus to boot.

Like NYU Stern, Columbia Business School leverages its close proximity to the world’s top investment banks in the Big Apple. Roughly a third of the MBAs go into finance and nearly 14 percent are hired by investment banks. The median pay is $125,000. Among the most ravenous recruiters are JPMorgan, Morgan Stanley, Goldman Sachs and Citi, which combined hired 40 Columbia MBAs last year.

The University of Chicago Booth School of Business has a reputation for being a financial powerhouse, having educated seven Nobel Laurates. Little wonder that finance is the school’s most popular employment industry, and investment banks and brokerages snapped up 10 percent of the 2018 MBA class. The median salary was $125,000 and sign-on bonus $50,000.

Harvard Business School is known for its financial acumen and deep and influential alumni network that includes JPMorgan CEO Jamie Dimon. So it makes sense that 29 percent of the latest MBA cohort went into financial services. Harvard’s reputation as a financial heavyweight appears to be worth its weight in gold: the median base salary was a whopping $150,000.

At London Business School some 23 percent of MBAs in 2018 joined the finance sector, with 8 percent working at investment banks, such as Bank of American Merrill Lynch, Citi and Morgan Stanley. They were paid, on average, $113,159. LBS is a short drive from London’s two financial districts, the City and Canary Wharf.

Some 18 percent of the MBAs at HEC Paris joined the financial services industry and they earned an average pay package of $118,000. The top employers included France’s Société Générale and BofA Merrill Lynch. HEC Paris is on the outskirts of the eponymous French capital city, one of Europe’s leading banking hubs.

Dartmouth College’s Tuck School of Business is an Ivy League institution, so it’s reputation among investment banks is high. They hired about 11 percent of Tuck’s MBA cohort last year, and paid them, on average, $125,000. Tuck’s list of top hiring employers includes several banks, such as Citi, BofA Merrill Lynch and JPMorgan.

Stanford Graduate School of Business in California is better known for sending MBAs to the technology sector than banking, Google instead of Goldman. But Stanford came first in the Financial Times 2018 ranking of the best MBAs for finance. Only a handful of Stanford MBAs work in investment banking, but they appear to be highly valued: the average pay was $130,000 last year. 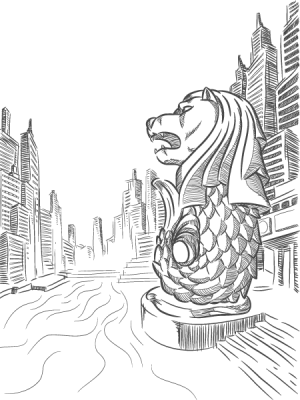