The proportion of students who want to get their degrees in Britain has actually increased since the Brexit vote, thanks in part to the pound’s plunge in value

So said Frederic John when the Belgian MBA candidate was admitted to London’s Imperial College Business School. The EU exit has raised concerns over visas, tuition fees and job opportunities for overseas students. But for John, these downsides are outweighed by Britain’s upsides: a robust job market, openness to foreigners and access to corporate recruiters.

He began the Imperial full-time MBA program in 2018 and will graduate this year, when he intends to work in the UK’s automotive industry. “We frequently have company presentation and recruitment events, we have access to incredible internships and consulting assignments, and you can connect with future leaders from other world-class universities easily,” says John.

Many others would appear to agree. John’s cohort is a cosmopolitan mixture of candidates from 30 countries, which enriches learning through group discussions — the mantra of the MBA. In fact, despite fears that Brexit could damage UK business schools, the proportion of overseas students choosing the country for their degree has actually increased since the EU vote. And the share of scores from the GMAT entrance test has increased slightly since the poll, according to data from the exam’s administrator, the Graduate Management Admission Council (GMAC).

An MBA in the UK: a more affordable option?

Business schools put this resiliency down to the plunge in the value of the British pound since the Brexit referendum, which has made MBA tuition fees a relative bargain for many overseas students. Approximately 54 percent of applicants polled by GMAC in December 2018 said Brexit made no impact on how attractive Britain was, up from 46 percent in December 2016. And 72 percent of UK schools surveyed reported year-over-year increases in applications.

At Imperial, Leila Guerra, associate dean of programs, says: “The current drop in the pound has made the UK a cost-effective place to study, but ambitious international students are still likely to choose a UK business school based on reputation, rigorous teaching, world-class faculty and opportunities for career progression.”

Imperial has seen a steady rise in applications from EU students over the past three years since before the EU referendum, with a 68 percent increase in applications overall for its MBA programs. “UK cities such as London retain a ‘wow factor’ for international students who want to be part of its thriving business hub and entrepreneurial ecosystem, as well as the many cultural delights that students can enjoy whilst living in the capital,” says Guerra.

And yet, 52 percent of non-UK Europeans surveyed by GMAC said Brexit made them less likely to pick the UK for their course. Their chief concern was that when the UK left the EU, it could complicate the student visa process. The UK government’s recent white paper on migration claimed that EU students would need to have their student visas sponsored by universities, which would be a significant administrative burden. There are also fears that employers may be less willing to take a flier on overseas students, should Brexit complicate or restrict free movement across the EU bloc.

Should this happen, the UK’s Higher Education Policy Institute fears a potentially catastrophic drop in EU student numbers for UK courses. Yet Margaret O'Neill, head of MBA admissions and careers at Cambridge Judge Business School, says that “the quality of our applicants remains very high, with the number of admitted candidates so far on a par with last year”.

“Ninety-three percent of our last graduating class received a job offer within three months of graduating, with almost half the class choosing to live and work in the UK, which indicates that there is still strong appetite among UK recruiters for bright international talent,” she says.

But O'Neill adds that Brexit uncertainty affects prospective students, saying: “We are not complacent and understand that the current political uncertainty may well affect applications in the final [application] rounds of the year.”

It is critical for British business schools to sell the message that the country remains open for business to continue to attract foreign students and prospective employers. “We champion active initiatives to support our international students, ranging from counselling services to targeted support mechanisms, academic global initiatives and extracurricular celebrations,” says Imperial’s Guerra.

“We also host various events at our London campus for both international and UK students to allow them to get to know Imperial better and see why London is such a strong option.”

The Imperial MBA candidate John says that when he applied for pre-settlement status, which would give him the right to live in the UK until 2024 and hedge against Brexit, the school helped him submit the application. “The careers team has also been incredibly supportive,” he adds, including hosting events where speakers explain the possible impact of Brexit for international students and their future careers in the UK. “I feel genuinely supported by the College,” says John.

Gareth Howells, executive director of the MBA London Business School, says that MBA applications are up this year and the school has also seen a modest rise in the number of students getting jobs in the UK, though many of them work around the world.

“The UK is still an attractive study destination and the idea that everyone who comes to the UK to study wants to work here, is a myth,” he says.

“However there are very important issues at stake: visa regimes, for example, that support highly skilled talent and the enormous contribution that makes to the economy, are critical.

“As a business school, we, like business, continue to follow developments closely and [will continue to] make our voice heard.” 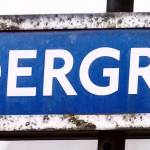 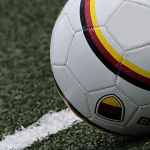