US business schools are reporting record employment rates and starting salaries for their freshly minted MBA grads, but there’s growing gap in job prospects between US nationals and overseas students

Freshly minted MBA graduates are entering the hottest job market in decades, but winning a dream or lucrative job will require determination and grit, especially for overseas students who face more a more hostile visa regime.

With several years of consecutive US job growth, the longest spurt on record, employers are struggling to fill their roles, from the healthcare industry to manufacturing. Wages last year rose the most in a decade.

The buoyant jobs market appears to be lifting the fortunes of US business schools, which have suffered a plunge in MBA application volume recently. Several schools have reported record employment rates or salary hikes for their recent MBA graduates. They include Dartmouth College’s Tuck School of Business, University of Chicago Booth School of Business and Harvard Business School, where total compensation was a whopping $160,000 on average last year.

The healthy job prospects mark a reversal from 2018, when the smallest share of US employers since the start of the global financial crisis planned to hire MBA graduates, according to a survey by the Graduate Management Admission Council, an exam body. Companies were previously filling more positions that once required an MBA with more junior candidates, such as specialized master’s degree holders, given the tight labor market, schools say.

How students can tap into the US’ MBA hiring boom

But if students want to leverage the strengthening economy, in which functions and industries should they be seeking jobs? Is the hiring boom benefiting everyone? How can students play the robust economy and wage gains to their advantage?

The fierce competition for business school talent has changed the recruitment timetable. Some banks and consulting firms, such as McKinsey & Company, now run pre-MBA recruitment events in the summer before classes even begin, schools say. It helps companies recruit in industries where competition for talent is fierce, and is a way for students to learn about the organization early on.

“Students do not need to know exactly what they would like to do post-MBA, but it’s helpful if they have done some initial reflection on their interests, values and skills before the MBA starts,” says Julie Papp, senior associate director of MBA career education and advising at MIT Sloan School of Management.

It may pay for students to be bolder in their job search than they have been before.

“Potentially, they are able to land internships or jobs at firms perhaps one tier higher than they originally thought,” due to the hearty demand for fresh MBA hires, says a career coach from a top US MBA program, who also works for Stacy Blackman Consulting.

The coach recommends applying for multiple jobs, perhaps even trying your hand at new industries. “Multiple offers allow students to potentially negotiate salary components or other intangibles like office location.”

Students can negotiate a higher salary by leveraging a better offer, or using their business school’s historical salary data to illustrate the MBA’s worth. “They should be genuine and appreciative of the original offer when talking about it with the employer,” says the coach.

But since many companies with specific MBA recruitment paths tend to offer a blanket rate to the entire intake each year, such as some consulting firms and banks, you should consider whether negotiating is worth the potential lost goodwill, the coach adds.

Many of the best paying jobs are still with management consulting firms and investment banks, according to Doreen Amorosa, associate dean for career services at Georgetown University’s McDonough School of Business, where base salaries rose by four percent last year compared with 2017 to a record-high $116,946. Consulting firms paid the graduates $129,698 on average in 2018, while the figure for financial services firms was $118,430.

But winning a dream or lucrative job doesn’t happen by accident, especially if you’re pivoting to a new sector or function, when you have to prove that you have transferable skills and expertise. “I’ve not met one student yet who feels that return on investment from their MBA is guaranteed,” says Amorosa.

It will take discipline and grit to parlay the tight labor market into a high-paying job at a premier firm such as the Boston Consulting Group, Google or Goldman Sachs. She recommends creating a list of target companies and developing a networking strategy.

She says the core of any good networking strategy is the informational interview — an informal conversation with someone working in a sector that interests you. “It allows you to ask insightful questions and showcase your knowledge [if they are a recruiter],” says Amorosa.

In which sectors or functions are the job opportunities most abundant for newly minted MBAs?

“We see the most demand for MBA graduates in the consulting, general management and operations functions,” says Margaret Weeks, associate director of career education and advising at the University of Virginia’s Darden School of Business.

She says demand for MBAs to join leadership development programs across numerous industries, like finance and technology, is also high. She cites the ABInBev Global MBA Program, Amazon’s Leadership Development Program, and the Danaher General Manager Development scheme as examples.

The US MBA job market: a rising tide that is not lifting all boats

While the job market is buoyant, it’s not benefitting everyone. Several schools report a growing gap in job prospects between US nationals and overseas students, among them NYU Stern School of Business and Duke University’s Fuqua School of Business.

At Darden, the proportion of American MBA students landing a job offer within three months of graduation rose slightly from 2017 to 94 percent last year. But just 85 percent of overseas students received a job offer last year, down from 92 percent in 2017.

This is due to the H-1B visa scheme for highly skilled workers, in which students must secure an employer willing to “sponsor” their application for a visa. There are 85,000 H1-B visas granted each year overall, with 20,000 reserved for master’s students.

“Sadly, fewer companies are willing to sponsor international students who require H-1B visas to remain in the US to work,” says Weeks, because the US administration is scrutinising applications more so than before, potentially reducing the chances of a successful application. Weeks says this stops companies “from being willing to take the risk of hiring a student who may not be able to stay in the US to work”.

The careers coach from Stacy Blackman Consulting says: “We are seeing some tougher scrutiny from this administration on H1-B visa approval than in the past, and we are seeing unexpected visa declines.” Schools say immigration officials are sending back more applications for further evidence.

[Read more: International MBA Students Find it Tougher to get an H-1B Visa in the US]

The hostile visa climate is one reason for the 10.5 percent fall in foreign business master’s students wanting to study in the US last year, according to GMAC.

Darden supports overseas students in securing employer sponsorship by offering them English language lessons and recruiting workshops to familiarize them with US recruiting norms. For instance, networking is crucial to navigating the US jobs market, while other countries may rely more on CVs for recruiting, says Denise Karaoli, Darden’s senior associate director of international programs, opportunities and diversity.

There is some good news for overseas students, however. Upcoming changes to the H1-B program could potentially give graduate students an extra shot at securing employer sponsorship. Currently, applications for one of the 20,000 visas reserved for master’s students are assessed before the rest. Proposed changes would reverse that order, meaning overseas MBA students could potentially apply for sponsorship twice if unsuccessful the first time.

US Immigration and Citizenship Services said the change would see the number of master’s degree students being granted visas increase by up to 16 percent. That’s 5,340 extra people securing visas.

“Hopefully, this will begin to make the climate more favorable,” says the careers coach. 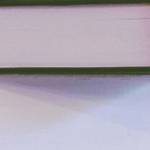