How to get Winning Letters of Recommendation

A bad letter can sink an application, but a stunning testimonial can tip the balance in favour of an MBA candidate

A winning MBA application needs strong letters of recommendation. A bad letter can sink an application, but a stunning testimonial can tip the balance in favour of a candidate, according to Allison Jamison, assistant dean of admissions for Duke’s Fuqua School of Business.

She says: “Extremely strong recommendations can help tip the scale for an applicant to be admitted – perhaps the committee had a question about an applicant’s analytical ability, for example, but the recommender is able to provide specific, detailed stories that highlight strong analytical skills.

“That support provides critical missing information. On the other hand, weak recommendations, or letters that actually do not support the applicant for business school, can give the admissions committee reasons for serious concern.”

Admissions consultant Alex Min says a candidate with modest quantitative skills, for example, could be in jeopardy if a recommender ignores that aspect of their profile.

“More subtly, if a recommender describes the applicant as being ‘competent’ rather than ‘exceptional’, this can cause adcoms [admissions committees] to put the application aside, given how competitive it is,” he says.

Who should you ask to write your MBA recommendation letters?

So what makes a fabulous recommendation letter? First of all, you’ll need to identify the right recommender and prepare them to pen the prose.

Most top business schools require two recommendation letters, including at least one from a candidate’s immediate supervisor, such as Duke Fuqua, Harvard Business School and Wharton.

But some have specific requirements — NYU’s Stern School of Business in New York City requires endorsements of emotional intelligence, or a candidate’s ability to understand and express emotion. So it’s important to check whether a recommender fits the bill.

Sometimes applicants believe that recommenders with impressive titles are more likely to sway the admissions committee, but that is not the case, according to Stacy Blackman, a business school admissions adviser.

“A person with a fancy title who doesn’t know the applicant won’t be able to offer specific examples and anecdotes to support even the most generous platitudes,” she says.

The best endorsements are from people who can feature the applicant from professional, personal and interpersonal standpoints — and who have time to write a letter, she says.

It’s also important to pick people who can speak to desirable qualities like leadership, communication skills, analytical ability and integrity, which are prized by MBA admissions committees, Blackman adds.

And rather than submitting two highly duplicative recommendations, she believes it can be more powerful to request backers who are able to share some different perspectives on a candidate.

Some prospects may be concerned about approaching their boss, as signalling that they may leave their job could jeopardize their immediate employment. What should applicants do if they’re worried they don’t have enough quality recommenders?

Duke Fuqua’s Jamison says that if you’re unable to approach a supervisor, or if you’re self-employed, consider asking clients or former managers, or a professional mentor for a recommendation.

But she says letters from academics and relatives are discouraged, as they “have not had the chance to interact with a student in the same way an employer would”.

How should you approach a potential referee? Many applicants do not take a proactive approach, believing that they have no control over the recommendation letters. But that’s a missed opportunity, as you can influence the quality of the recommendations.

Blackman advises sitting down with each referee to let them know that a stellar letter is integral to your MBA admit chances and highlight the key attributes that the recommender should try to address, such as creative thinking, determination, focus, intelligence and charisma.

She says candidates should come up with at least one concrete example that illustrates each characteristic. “Sharing details of how you contributed to projects, or giving specific examples of how you interact with others, or went above and beyond — these are the things that make for a great recommendation letter.”

Duke Fuqua’s Jamison says she is evaluating the quality of the recommendation, not necessarily the writing style. “So for those recommenders whose native language is not English, we do not hold that against the applicant.”

Min, CEO of The MBA Exchange, says that allowing recommenders sufficient time, say a month, to craft their letters demonstrates respect, removes stress and encourages collaboration. “Offering to review and provide prompt feedback on an outline or first draft is welcomed by recommenders,” he adds.

If time is an issue, consider using the Common Letter of Recommendation (LOR) provided by the Graduate Management Admission Council, which administers the GMAT entrance exam. The single form allows a recommender to submit one letter to multiple schools, which saves you and your recommender time and effort.

Pro tip: Don’t write your own letters of recommendation

Although recommendations can be influenced, business schools can reject an applicant who appeared to have written their own letter, typically because of time constraints.

NYU Stern’s refreshed application process, which asks candidates for contact details of referees, was introduced, in part, to ensure that prospective students are not writing their own letters.

Isser Gallogly, the school’s associate dean of MBA admissions and program innovation, says there are new sophisticated detection methods that schools can use to spot fraud in an application. “The bottom line is: the letter must be written entirely by the endorser,” he says. “It simply isn’t worth taking the risk of writing your own.”

But they are just one element of the decision-making process, says Jamison at Duke Fuqua, where each application element is weighted equally. “Each piece of the admissions application is important, and every element is considered when making an admission decision.” 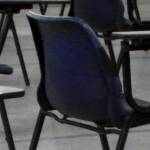 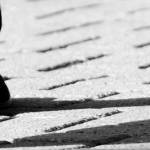 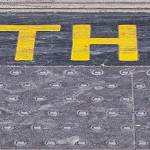