Beyond the Greenwash: MBA Programs for Positive Impact

CSR, non-profits, and social entrepreneurship are different things, and business schools are getting serious about all three.

Laura Vogel never planned to get an MBA.

“I thought it was a waste if time until I started working,” she says. “Then I realized it's not.”

“It was a lot of the grant-writing process that made me realize the breakdowns of the non-profit sector in terms of business, strategy and awareness, and effectiveness,” says Vogel.

“I feel like business is pretty lacking in the non-profit sector, and I wanted to bring the two areas together, and so that got me thinking about an MBA.”

Vogel is now a student at Oxford Saïd's, one of a growing number of schools offering a focus on “society and business” issues for people who want to start and scale-up social and environmental projects.

Even business schools that don't offer a focus have integrated into their standard MBA curricula.

According to the most recent Beyond Grey Pinstripes survey, 69 percent of 149 participating business schools now require students to take a course dedicated to business and society issues. This encompasses topics like non-profits, corporate social responsibility (CSR), and social entrepreneurship. These might seem synonymous at first glance, but untangling exactly what these three terms mean is far from straightforward.

Perhaps the easiest term to define is “non-profit,” and its most obvious application is for those planning a career in an NGO or the public and government sectors. But in an increasingly flexible and international market, understanding of this area can be a big advantage for any MBA student.

“Imagine trying to work in China without understanding the role of government,” says Nora Silver, professor of Non-Profit and Public Leadership at Berkeley Haas School of Business.

“We’re preparing students so that no matter where they’re working, they can work with people in the other sectors, and they’re prepared in their knowledge and experience to take jobs across those sectors.”

Social entrepreneurship is broader area that it leverages profit-making to affect positive change. Pamela Hartigan, director of Oxford's Skoll Center for Social Entrepreneurship, describes it as “entrepreneurship that fuses innovation, resourcefulness and opportunity to create new systems or practices – or improve on those that exist – that instead of being focused on just making a profit, are focused on transforming society in a positive way.”

Many of Hartigan's students have experience of running charitable projects or non-profit organizations, while others come from more traditional business backgrounds.

It might be tempting to think of social entrepreneurship as simply applying business concepts to underfunded non-profit or charitable organizations. But Nora Silver at Berkeley sees it as something far more complex.

And as Silver reminds, non-profits are not as inept at businesses as commonly assumed. They've had to innovate and adapt their financial models to survive.

“In some ways, the complexity of business skills in the non-profit sector is at least as great,” she says. Social entrepreneurship could also be hugely profitable. Look at the market potential of the “next four billion” - that is, the four billion people globally that make less than ten dollars a day. Today they might benefit from the services of non-profits, but soon, companies could be competing fiercely for their business.

“If you just look at them as consumers, that’s on a global scale about a five-trillion-dollar market,” says John Danner, senior fellow at the Lester Center for Entrepreneurship and Innovation at Berkeley Haas.

“The challenge is, how do you redefine business models, how to you create products and services that can be affordable by people at the bottom of the pyramid, and help them to earn money at the same time, so that you are not just ripping them off, but helping them up the income stream.”

But if all this still seems a long way removed from the mainstream, there is increasing pressure on all businesses to behave more responsibly. Much of this comes from consumers, who will increasingly choose ethically produced products, and boycott those that have a negative social or environmental impact.

This focus on a company’s the public perception is of a company’s social and environmental impact is often seen as the domain of CSR.

Many are suspicious of CSR, seeing it, in Hartigan’s words, as “companies trying to prove that they were good citizens, but usually going about business as usual except that they had this little department stuck somewhere – usually in marketing or something – that writes checks for charity.”

But Jo Mackness, executive director of Corporate Responsibility at Berkeley Haas, says that CSR is about a lot more than brand image or that dreaded term “greenwash.”

“A lot of our students think that they want to be a CSR manager or a sustainability officer,” says Mackness. “We would much rather they go back and do finance, marketing, product development, HR or strategy development – and then incorporate that socially or environmentally responsible perspective into their functional day job.”

But as progressive as this all sounds, are employers seeking out graduates specifically for their experience on MBA program with an emphasis on social and environmental issues?

“Not yet,” says Mackness. “We believe that we are a couple of years away from companies really valuing it, and one thing that the MBA students can do is to ask more questions of companies in the interview process about sustainability and about corporate responsibility.”

Silver agrees that the recent MBA graduates have an important role to pushing big business towards responsibility.

Driven by ambitions of the next generation of business leaders, social entrepreneurship-, non-profit- and CSR-focused courses are likely to draw much of their value from the creative atmosphere engendered by the students as they do from faculty teaching.

“The student body is unreal,” enthuses Laura Vogel about her cohort at Oxford Saïd. “They’re so fascinating and there’s so much going on.”

“It’s been a really fluid conversation between all of us, and it's been really interesting.” 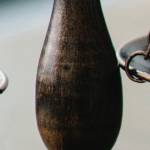