The Economist has released its first ever ranking of Masters in Management programs.

In the ranking, HEC Paris takes first place. It's also the only school to be given an "A" band (schools are divided into five bands, from A to E.) HEC Paris offers a Master in Management (MiM) program as well as a Master in Finance program and other specialized master's. According to the publication, At HEC Paris, graduates of HEC Paris' MiM "can expect to earn an average basic salary of around $60,000 on leaving the programme. That is around half what their counterparts on the school’s MBA programme rake in."

Taking second place is the Master in Commerce program from the University of Virginia—which is not offered through the Darden School of Business but through the McIntire School of Commerce.

Germany's WHU, France's ESSEC Business School, and University of St. Gallen round out the top five. You can see the top 20 MiM programs, according to The Economist, below.

Divergence from the FT's Master in Management ranking

When compared to the other major MiM ranking—from the Financial Times—a few striking absences are evident. London Business School's Master in Management program, which is currently ranked number six by the FT—the highest ranked UK school in that publication—is nowhere to be found. Nor is ESCP Europe, which is ranked number four by the FT.

What the Economist's ranking does offer is more US-based business schools. In all, eight schools (out of 40), including Hult International Business School, are listed in the MiM ranking from the Economist. For comparison, the only non-joint Master in Management program listed by the Financial Times is the MSc in Management program from ASU's Carey School of Business—out of 90 schools.

To be included in the ranking, a program must be delivered on a full-time basis; be taught in English; mainly be on-campus; have a cohort of at least 40 students; and have accreditation from either EQUIS or AACSB. It must also be a general business program aimed at non-business majors and aimed primarily at pre-experience candidates.

The data from two surveys were used to generate the ranking. A survey for the schools collected data like salary of graduates and diversity. A survey for recent alumni collected salary info once again, to compare it against the information the schools delivered.

"Results of rankings can be volatile," says the  Economist, "so they should be treated with caution."

Master in Management Ranking 2017 from The Economist

The FT Releases Masters in Management Ranking for 2016

Master in Management Programs Versus MBAs

- diversity of recruiters: evenness of spread between different sectors
- % of full-time faculty with a PhD

While I understand that a PhD is a valuable asset, I don't know if this really adds *that* much value to business school faculty members.

The diversity of recruiters thing I really don't understand. Why should this have any bearing on a school's ranking? Weird. 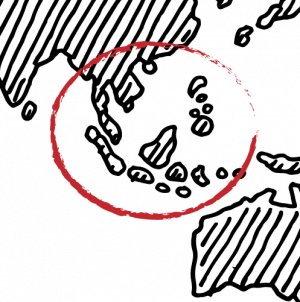