How to Get an MBA Degree for Free: Scholarships and Other Funding Sources

Generous and plentiful MBA scholarships are on offer, while work placements can offset the cost of business degree programs

The MBA degree, with its pricey tuition fees but big returns, is on sale.

The flagship graduate business degree is being offered at healthy discounts through scholarships, while students can offset the cost of an MBA through work placements at many schools. In some cases, these funding sources can subsidize the entire cost of the MBA, essentially making the degree free for the right candidate.

In particular, scholarship funds have ballooned in recent years and have become a key tool for top business schools to attract star scholars with high standardized test scores or leadership potential, as well as those who would otherwise struggle to pay the fees. Scholarships also help schools broaden the range of backgrounds in their MBAs, including those from outside the traditional banking and consultancy sectors.

A third of this year’s MBA class at the McDonough School of Business, at Georgetown University in Washington DC, received scholarships. More than $1.5m is available through merit-based scholarships at the business school — those awarded based on outstanding academic or professional achievement.

[See a list of MBA Scholarships for business schools everywhere.

Likewise, other business schools around the world have generous and plentiful MBA scholarships on offer. For example, at Harvard Business School in Boston, 50 percent of students are eligible for scholarships based on financial need, with the most money going to those most in need of it. The average HBS Fellowship is $40,000, and Harvard’s scholarship fund added up to $34m overall in 2018.

London Business School offers scholarships to successful applicants that are based on merit or are intended to attract diverse candidates to the MBA. For instance, there are awards of £20,000 for those working in social enterprise, scholarships worth £35,000 for applicants with a passion for technology or innovation, as well as a £20,000 scholarship for LGBT candidates.

Meanwhile in Shanghai at China Europe International Business School, 30 percent of MBA candidates last year received merit scholarships covering between 20 percent of the tuition fees and the full amount. These include scholarships for women, younger than average candidates, those from specific regions such as the Middle East or Africa, and scholarships for entrepreneurs.

Shelly Heinrich, associate dean for MBA admissions at Georgetown McDonough, says the increase in scholarship pots at business schools has been driven by competition for the best and brightest students.

“Crafting a competitive class is very important to us,” says Heinrich, since students learn just as much from their classmates as they do from the professors. The strategy appears to be bearing fruit: this year’s full-time MBA class had the highest average GMAT score (693) in the McDonough school’s history.

How to get an MBA scholarship

To be very competitive for a scholarship, Heinrich says, a candidate will ideally have a GMAT score, GPA and years of work experience that are above the business school’s averages (693, 3.34 and 5.59, respectively).

Heinrich advises prospective students to get to know the school through admissions events and by speaking with alumni and current students. “We want to know that McDonough is your first choice” and that you’ll be an active member of the alumni network, she says.

Esther Magna is a principal and senior MBA consultant at Stacy Blackman Consulting. The Los Angeles-based firm advises MBA candidates on their applications to business school. Magna says that scholarship offers have been on an upswing over the past decade due in part to the growing financial firepower of advocacy groups such as The Consortium, a diversity network. Since 1966, it has doled out more than $390m to underrepresented minorities to enroll on top MBA programs in the US.

Another scholarships provider is the Forté Foundation, which seeks to increase the number of women in MBAs by offering fellowships. To date, business schools have given more than $142m to some 6,300 “Forté Fellows”.

Stacy Blackman Consulting had surpassed $2m annually in scholarship dollars awarded to its clients for each of the last eight to 10 years. Magna says that competition for students is being exacerbated by the strong US economy and the country’s uncertain political environment, which are key reasons for declines to US business school programs for the past few years in a row.

Magna says that lower ranked MBA programs are offering scholarships as “a mode of survival” to weather the lower demand for the degrees. “These programs have likely ramped up their scholarship offers in recent years,” she says.

Overseas students can also research and apply for additional support from the governments of their home countries, says Jessica Burlingame, head of the financial aid consulting practice at The MBA Exchange, an admissions consulting firm.

However, she adds that the largest amounts come from business schools themselves.

It’s crucial to apply for these scholarships as early as possible, says Burlingame. “This is when the most funds are available” and when schools are keenest for candidates to accept their admissions offers, she says. Schools want to maximize their yield (the percentage of admitted candidates who begin the MBA), she explains. The yield can contribute to the perception of a school being ‘elite’ and may factor into a candidate’s school choice.

Applicants with the strongest track records are likely to earn acceptance to multiple schools and can capitalize on this by negotiating with schools for higher financial aid offers, says Burlingame.

She advises that candidates explain how they will uniquely benefit classmates, alumni and the school, and suggest that insufficient financial aid could result in them enrolling elsewhere.

But like in all negotiations, there are risks. Burlingame says that asking for more money could offend a school, causing them to rescind a prior offer of financial aid, or (even worse) admission. “Doing nothing could cost thousands in potential aid,” she says. “Doing the wrong thing could put a candidacy in jeopardy.”

Funding an MBA beyond scholarships

There are other ways to pay for an MBA. While employer funding has fallen in the past several years, some companies may be willing to sponsor all or part of an MBA in return for a commitment to rejoin the business for a set length of time following graduation, says Burlingame.

Also, working a paid internship while at business school can help cover the costs of the education, while many companies hiring fresh MBA graduates pay them a substantial signing bonus, Burlingame adds.

Back at the McDonough school, Heinrich says that prospective students should consider opting for a part-time MBA, which allows students to study while working and retaining their income.

But she is confident that however the course is paid for, the financial returns will be big because the MBA sets students up for successful careers. “Envision how the MBA will allow you to increase your job opportunities in the future more than [if you] had not pursued the degree,” says Heinrich. 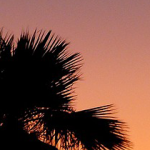 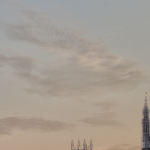 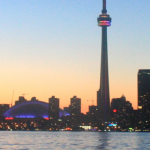 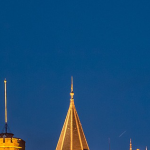