The Financial Times (FT) has updated its Executive MBA Ranking for 2019.

This year, the International EMBA from HEC Paris leads the ranking, up five spots from its debut in last year's list. The ranking found that graduates of the program make around $406,000 USD three years after graduation.

Last year's leader, the EMBA from Kellogg and HKUST Business School, is in second place this year. Three years after graduation, alumni of this program made over $514,000 USD, the highest of any program.

Also down one spot this year is the Trium Global EMBA program, put on jointly by HEC Paris, LSE, and NYU Stern and is ranked third.

Placed fourth is another joint program, the EMBA-Global from Columbia Business School, HKU, and LBS. The Global EMBA from CEIBS is ranked fifth.

Further down the list is some more substantial movement. The EMBA from ASU's Carey School of Business, for example, is now placed 12th, rising 27 places since 2017.

The Executive MBA from Yale's School of Management is the highest ranked new entrant in the 17th position.

Another notable rise belongs to University of Toronto - Rotman, which is currently ranked 29th (up 38 positions since 2017).

On the other side, University of Strathclyde Business School's EMBA program is currently ranked 85th, having lost 30 spots since 2017.

Other non-US schools that dropped out include U Andes, Ottawa, SMU, Pretoria...)

Nice to see Yale and Rochester - Simon in the mix this year.
Reply 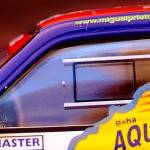 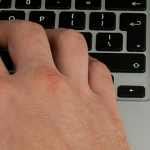