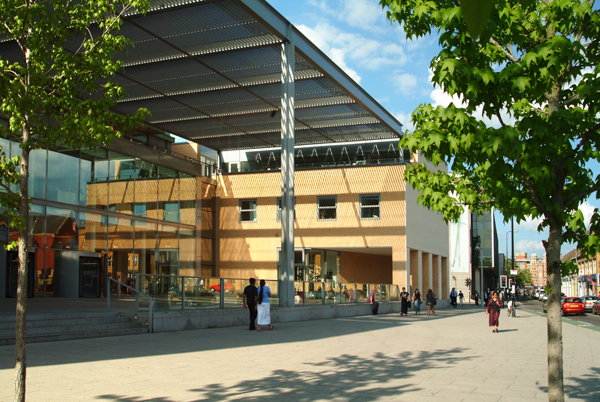 Spain's IE Business School has the best Executive MBA program in the world, according to a new EMBA ranking from The Economist. Graduates coming out of that program receive $228,915 per year in salary, on average, which is an increase of almost 60 percent from their pre-EMBA salary.

The University of Oxford's Said Business School takes the runner-up spot in this year's ranking, rising two places from its previous spot at number four. The EMBA from Northwestern University's Kellogg School of Management, which was the number one program in the last ranking installment, this year takes position number three.

A few business schools made substantial jumps in the ranking. IMD Business School's EMBA, for instance, which was ranked 10 in the previous ranking, has dropped off the list completely. On the other hand, Thunderbird School of Global Management's EMBA, which wasn't ranked at all last time, takes spot number seven this year (Thunderbird has put its EMBA program on pause following a merger with Arizona State University's Carey School of Business.

Spain's IESE Business School, which was ranked number five in the last installment, dropped 20 positions. Concordia University's John Molson School of Business, which was ranked 47 previously, has dropped off the list entirely.

A full list of the top 25 EMBA offerings can be found below.

This is The Economist's second bi-annual EMBA ranking, which launched in 2013. This ranking only lists EMBA programs from business schools that are ranked in the publication's full-time MBA ranking. It ranks the programs on a variety of metrics, from categories like quality of students, student diversity and quality of faculty. Fifty percent of the ranking is determined by career development metrics, such as post-EMBA salary increase and goal fulfillment.