If you’re applying for MBA programs, having a 720 GMAT score is a great asset. This means that you’ve scored better than most candidates who take the test.

The GMAT measures verbal and quantitative abilities that are seen as crucial to success in math-heavy MBA courses. They are also good indicators of career success, since many employers do consider GMAT scores when deciding who to hire.

That said, not all 720 GMAT scores are the same. If your score is imbalanced—if either verbal or quantitative section is substantially higher than the other—this could be a red flag for MBA admissions committees, who may be looking for balanced candidates.

The GMAT has always played an outsized role in the MBA application process, even though business schools insist that they take a holistic view of each candidacy. This is because GMAT scores impact schools’ positions in MBA rankings, which heavily influence prospective students’ program choice.

Those with a high GMAT score are more likely to secure a spot on a top MBA program, with admissions consultants claiming that a score under 700 is a non-starter at the top-10 ranked programs. If you scored a 720, you have a good shot at the following 10 prestigious MBA courses.

The Wharton School of the University of Pennsylvania
Philadelphia, Pennsylvania 65 Followers 169 Discussions

The University of Pennsylvania’s Wharton School is one of the most super elite schools around, regularly topping rankings produced by Bloomberg Businessweek and having educated many of America’s top leaders, including, perhaps now reluctantly, US president Donald Trump. The mean GMAT of the 2018 MBA cohort at Wharton was a sky-high 732. The range was 500-790, so there is some leeway for those with scores below the mean.

Stanford Graduate School of Business in California has achieved high status thanks in no small part to its location in the heart of Silicon Valley, the world’s foremost technology and innovation hub. The average GMAT score at Stanford last year was a whopping 732, with the range higher than Wharton’s: 600-790. Still, it indicates that exceptional candidates with 720 GMAT scores have a good chance of getting in.

INSEAD is up there with the best schools in the US, having topped the Financial Times MBA ranking twice. The average GMAT score is 711, so those with a 720 score have a decent shot at getting into the INSEAD MBA. The key element to the program is the global experience, with students studying at the business school’s main base in France but also in Singapore and Abu Dubai. At 10 months, the course also keeps the opportunity cost of not working low.

London Business School plays in a different league to the rest of the UK, having consistently dominated European business school rankings for the past several years. The average GMAT score is 707, relatively low compared with its US peer institutions, and a great option if you have a GMAT score of 720. LBS’s MBA program is super flexible, with exit points at 15, 18 or 21 months. This provides plenty of time for an internship that can land you a job in an array of industries, from investment banking to management consulting and fast-moving consumer goods.

Yale University’s School of Management is part of the Ivy League — prestigious US schools that are super selective. The average GMAT there is 724 and the school does not publish its score range. The school’s syllabus has a strong liberal arts focus and the Yale MBA program focuses on educating leaders who consider more than maximizing shareholder return: they consider their wider social and environmental impact too.

Dartmouth University’s Tuck School of Business is another Ivy League institution. The average GMAT score is 722, which is not far off from 720. Tuck is renowned for its close-knit and helpful alumni network, cultivated through smaller class sizes that facilitate peer learning in a big way. The school is also highly in most of the important league tables.

New York University’s Stern School of Business is one of America’s greatest management institutes. It draws on its New York City location, a home for finance, fashion and media that gives students access to corporate recruiters for networking, career and learning opportunities. The average GMAT score is 717, slightly below a 720 score, making it a good bet. The range is 590-780.

Cambridge Judge Business School is one of the world’s best ranked programs. And yet it’s GMAT average is relatively low at 693. Someone with a 720 score would look attractive to the admissions committee at Judge, and such a candidate would not be sacrificing on quality. Judge, in the UK, offers a one-year MBA program combining academic rigor with a focus on practical, team-based learning.

UCLA Anderson School of Management is ranked highly by most major league tables and the average GMAT score is 719. The MBA program in Los Angeles has a strong reputation among employers, with many graduates going on to work for top companies such as the Boston Consulting Group, Google and Goldman Sachs.

The University of Virginia’s Darden School of Business has an average GMAT score of 718 and does not publish its range. Some of the unique aspects to the MBA program at Darden are the option to combine the course with a Master of Data Science in 24 months, an innovation lab that supports entrepreneurial students, and the Future Year Scholars program that gives undergraduate students a pathway into the MBA fresh out of college. 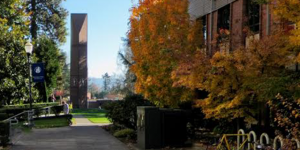 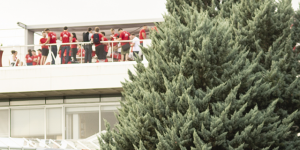 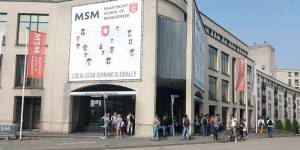 Offering an MBA, an EMBA, and an Online MBA