The Financial Times has updated its Global MBA Ranking for 2020.

The new edition of the ranking, which lists full-time MBA programs from business schools all over the world, has Harvard Business School reclaiming the top spot, displacing Stanford Graduate School of Business, which held the position in 2018 and 2019.

Many UK MBA programs have dropped in this year's ranking

In this year's FT Global MBA ranking, many UK schools have lost ground, or even dropped out entirely. Imperial College Business School, for example, dropped from 39th last year to 55th this year. Likewise, Durham University Business School fell from 43rd to 62nd. The MBA from Cranfield School of Management, which was ranked 76th last year, is no longer ranked this year.

Although the ranking was fairly stable overall, a few schools moved quite a bit. Spain's IE Business School, for example, fell from 31st last year to 52nd this year. The school's ranking drop coincides with a large decrease in average salaries from the previous year. Singapore Management University fell 20 spots, from 43rd to 63rd.

On the other hand, the US' George Washington University rose 20 positions, from 90th to 70th. Another US school, SMU - Cox, gained ground as well, from 92nd to 74th.

In terms of the overall numbers of business schools by country, the US dominates with 51 schools represented. Notably, China (including Hong Kong) and the UK both have nine each, while France has five, while India has four. Australia, Canada, Germany, Singapore and Spain all have three business schools in the ranking; Switzerland has two. Ireland, Italy, the Netherlands, Portugal and South Korea all have one school a piece.

To determine the rankings, the FT looks at a number of factors, including post-MBA salary (three years after graduation), salary increase, and international mobility. The data is from three years out, that is, for the 2020 ranking, the class of 2016 was surveyed. A total of 150 schools took part in the 2020 Global MBA Ranking; all participating schools must have accreditation from AACSB or EQUIS. 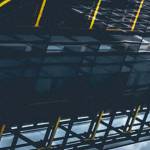 Go to Website
Will One Year MBAs Take Off in the US?