What’s Next for India’s Business Schools?

The country’s b-schools are getting the world’s attention, but international students there still face challenges

For upwardly-mobile Indians, a US MBA program used to be seen as the golden ticket. In 2007, 67 percent of Indians who took the GMAT sent their scores to US business schools. Since then, this percentage has been steadily dropping – in 2013 it was down to 52 percent.

True, more scores are being sent to places like Europe and Southeast Asia, but an increasing number of domestic students are now looking to India’s post-graduate programs (or PGPs, an MBA equivalent).

Munish Sapra, senior admissions director at the Indian School of Business (ISB) says that value for money is a big factor. Domestic students, Sapra says, often opt to stay in India, “because they’ve weighed the pros and cons in terms of money.”

Since then, nine other business schools in the country, including IIMs in Lucknow (IIM-L) and Calcutta (IIM-C), along with private schools like ISB and SP Jain Institute of Management and Research (SPJIMR) have been accredited by EQUIS, AMBA, or AACSB, the three most recognized international business school accreditations.

IIM-L’s Anuradha Manjul says that that the Lucknow-based school draws applicants from a wide swath of backgrounds, from IT professionals to doctors. Many, she says, “would like to move into a management position,” or are aiming to go into fields like “consulting, marketing, and finance.”

Munish Sapra says that in addition to domestic applicants, ISB also gets a fair number of applications from Indians who are living abroad. For them, an internationally-accredited business school in the country can help them land “jobs in India, or even go back abroad,” he says.

But where are the international students?

“I decided to do my MBA in India because I wanted to gain some exposure to emerging markets,” says Isabel Cayuela. She is originally from Spain, but worked in Dubai for five years before staring her MBA at ISB in 2011.

As a European, Cayulea found herself in the minority during her time at ISB.

“Most of the students were from India,” she says.

Anuradha Manjul says that IIM-L is just beginning to recruit more international students, but cautions that it will take time.

“We are now focusing on getting international students to come to India, to increase the diversity faster in the classroom,” she says, “and to make the programs more globally accepted.”

“Once you have standardized programs across the globe, international students will feel comfortable coming down for those courses.”

ISB’s Munish Sapra partially blames India’s recent economic performance for the lack of interest from international students. While India’s economic growth is strong by global standards, it has cooled recently, which makes it not quite as hospitable for those looking to find jobs in the country.

“I think that if the macroeconomic scenario becomes stronger, then the pool of applications from international students will definitely rise,” Sapra says.

But for international students who are considering studying in the country, there can be issues besides simple economics. For Isabel Cayulea, doing an MBA in India came with a set of unexpected cultural challenges both outside and inside the classroom.

“It is a very competitive environment,” says Cayulea, adding that most of her classmates were “doing nothing else apart from going to class and studying.”

“It was really overwhelming.” 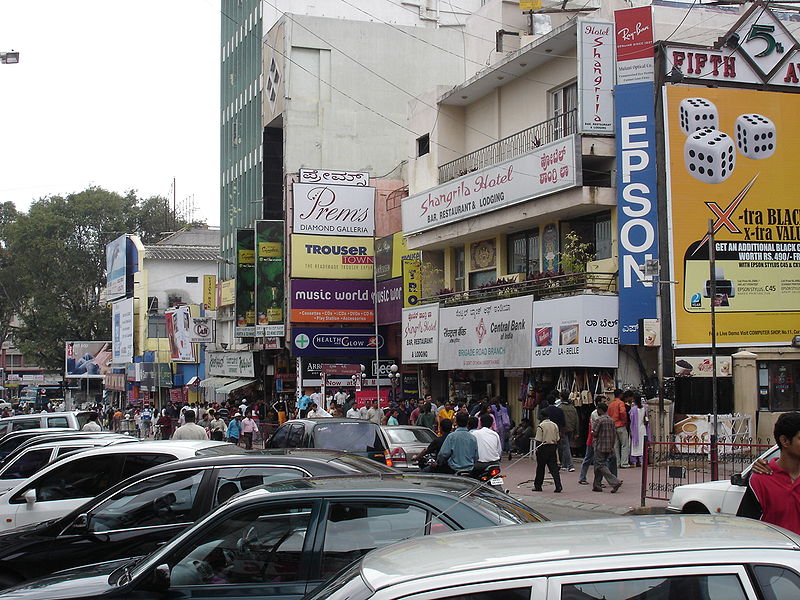 Cayulea was also taken aback by the wide gap between the rich and the poor in the country, as well as by the traditionalism and cultural differences in the society. “It is a different world,” she says.

Even so, Cayulea says that doing her MBA in India was a “learning experience,” in that she was better able to understand not only concepts in marketing and finance, but also the culture.

Cayulea says this exposure helped her get a job when she returned to Spain after the MBA. Although she was worried about her native country’s high rate of unemployment, she had no trouble landing a job as a global marketing specialist for the pharmaceutical company, Bayer.

“In Spain,” Cayulea says there aren’t “many people who have exposure to different geographies, especially in regions that are really different from Europe, such as India or the Middle East.”

Her familiarity with India’s culture now comes in handy, since she often travels there on business.

“I know what to expect,” she says.

factchecke...    |    Dec 30, 2014 11:02
Going to study in the US is hardly the only way to gain international experience. It depends on fit and personal choice. ISB certainly seems to be providing a high quality of education and opening up oppurtunities for its students and alums. IMHO,it has to lose the reputation of being highly academically focussed program and concenttate on the softer aspects of a business education to attract more internationals
Reply