Plunging MBA Applications in the US is Good News for Europe

A string of successive application declines reported by full-time MBA programs in the US paint a bleak picture for the two-year degree model.

The majority of the best known US business schools are reeling from a second year of application plunges as some top MBA programs are being shut down.

On the back of these protracted losses, deans of top US schools reckon that more schools will close their two-year full-time MBAs.

“Many MBA programs now lose money for their schools, due to declining enrolment, cost of faculty and discount rates in terms of scholarship dollars needed to fill a class,” he says.

“Given the financial pressures placed on business schools for revenue generation, many can no longer afford to carry a program in deficit year after year.”

However, he is surprisingly bullish on the future of the two-year MBA, saying: “There will be two-year MBA programs for the foreseeable future. MBA programs in the US are experiencing a market adjustment to demand. I believe there will always be a market for traditional MBA programs. There’s just been an over-supply for several years.”

Some expect more US business schools to shutter their MBAs

Bill Boulding, dean of Duke University’s Fuqua School of Business, which posted a 14.6 percent application drop year-on-year, says that top MBA brands will remain viable for years to come. But schools outside the top-tier (the 20 highest ranked) will continue to shut their MBAs, he expects.

Boulding speaks of a “vicious cycle” where applications drop and acceptance rates rise, leading to lower quality candidates being admitted to fill MBA classes. As a result, recruiters shy away from hiring candidates from these programs. MBA applicants see poor placement statistics and are deterred from applying for a place.

“It can start a cycle that is very difficult to break free from and I do expect that we will see some schools move out of the full-time MBA business, but not the elite schools,” says Boulding.

Some of his predictions are playing out, with acceptance rates rising at most of the elite schools where applications are plunging, mostly marginally, but sometimes substantially. At Yale SOM, the acceptance rate has surged to 25 percent this year versus 17.4 percent last. At Dartmouth Tuck, more than one in three applications were admitted, whereas the year before fewer than a quarter were.

Acceptance rates also rose massively at the Kelley School where 50 per cent of applicants were this year admitted, while at the University of Virginia’s Darden School of Business the rate shot up from 24 percent to 36 percent.

What’s more, traditional measures of the quality of an MBA cohort have weakened at some schools, notably scores on the GMAT admissions test. But it is too early to draw conclusions from this data, deans say, with other schools reporting increases in GMAT scores and grade point averages (GPAs) this year.

On the other hand, record salaries for some US MBA programs

Where clear improvements are being made is in the career outcomes for graduates of waning MBA programs, which have been spectacular so far. Amid a booming US economy, several schools have reported record salaries as companies fight to secure talent in a tight labor market.

Notably, Chicago Booth reported a 12 percent surge in total compensation (pay and signing bonus) for its MBAs just three months after graduation, to $163,900 from $145,750 a year ago.

The University of Virginia’s Darden School of Business too has had resounding success placing students into high paying jobs, especially in the consulting and financial sectors. Median starting salaries and sign-on bonuses reached a new record, rising by 6.6 percent to $162,000 for this year’s class of MBAs from $152,000 last year. The percentage of graduates receiving job offers within three months of graduation also hit a record at 97 percent.

Given rising acceptance rates and salaries, now is a fantastic time to apply for a place on an elite US MBA, says Los Angeles based admissions consultant Stacy Blackman. “Applying at a time when application volume is down allows for improved admit chances.”

She adds: “The best benefit they could potentially receive is being able to land jobs at firms perhaps one tier higher than they originally thought, due to the hiring trends and demand for new associates.”

Alex Min, of The MBA Exchange admissions firm, is even more optimistic than his peer. “Given today’s climate, now is an ideal time – arguably a ‘perfect storm’ – for individuals to pursue admission to full-time MBA programs.”

He adds: “Business schools are very eager to fill all their seats, and many have substantial merit-based aid they’ll use to mitigate the six-figure cost.

“So candidates who in prior years might have been denied, waitlisted, or admitted without aid should find their dream schools more welcoming this year.”

A boon for MBA programs in Europe (and beyond)?

The current decline in application volume at many US schools is good news for their peer schools located outside the US as well, Min says.

“Individuals who might have otherwise limited their targets to US MBA programs are discovering that schools in Canada, Europe, and Asia offer a quality education, respected brands, robust alumni networks, shorter duration and a more ‘global’ perspective – often at a lower total cost than two-year MBA programs in the US.”

HEC Paris, a top business school in France, has enjoyed a 50 percent growth in applications to its MBA program over the past five years, and a 27 percent increase in student numbers as the school expands to meet feverish demand for its MBA. The school remains selective, however.

“Although not necessarily good news for the MBA industry as a whole, the decline of applications to traditional two-year programs emphasizes even more the unique advantages of a program like ours,” says Andrea Masini, associate dean of HEC Paris' MBA.

Candidates choose the French school for many reasons. These include the shorter 16-month duration than in the US, curbing students’ opportunity cost of not working. There’s also a generous scholarship program, with students offered more than $2m in financial aid last year. Of the most recent intake of MBAs, 36 percent received a scholarship.

“If anything, the decline in applications to two-year programs is pushing us to become even better and improve our value proposition,” says Masini. 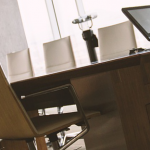