[Update June, 2018: Read the new article, MBA Programs in Spain: Study in a Sun-Soaked Entrepreneur’s Paradise for more on this subject]

Of all the countries in Europe, Spain was perhaps hit the hardest by the financial crisis. With stubbornly-high unemployment rates and sluggish growth, the euro zone’s fourth-largest economy has stumbled a bit, to say the least.

Throughout the crisis and after, however, full-time MBA programs in the country have remained strong, continuing to attract students from both inside and outside of Spain.

At Universidad Carlos III de Madrid (UC3M), for instance, applications did drop somewhat during the worst years of the crisis, but overall, numbers remained relatively steady.

“It didn’t have such a big effect,” says Jaime Ortega, director of the full-time MBA program, “and it's also very difficult to disentangle this from other things,” such as the diversification of the MBA market to include more part-time and online offerings.

“It affected the placements in Spain,” but not student interest, according to Gloria Batllori, the executive director of ESADE’s full-time MBA program, the cohorts of which are usually made up of around 95 percent international students. 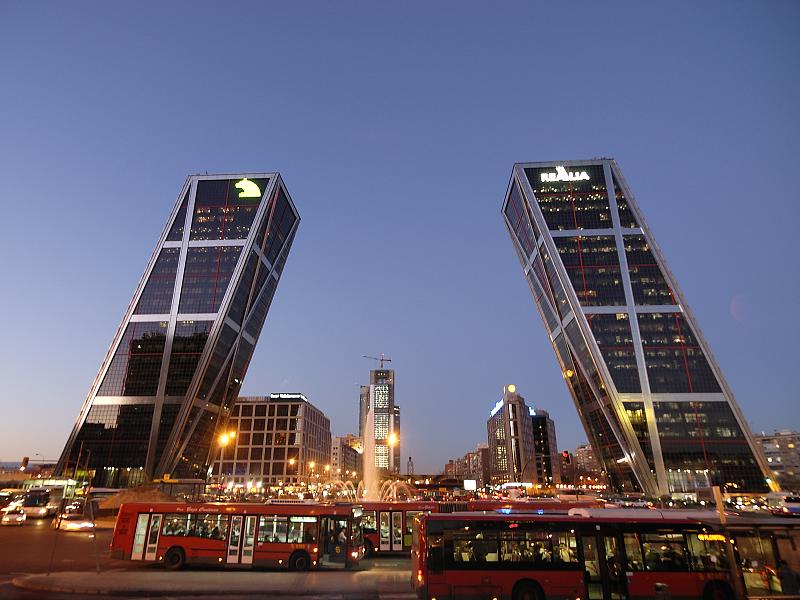 One likely shift is that, with unemployment currently over 23 percent, international students who come to the country may think twice about using the MBA experience as a way to end up working in the country.

“I think that students are still as interested in coming to Spain for study as they were years ago,” says UC3M’s Jaime Ortega. “But maybe what's happening is that they are less confident in staying here to work after they finish.”

Instead, Ortega says that today’s students look for niches where they can leverage their unique backgrounds and resources. For instance, a recent Saudi Arabian graduate was able to land a job with a Spanish multinational that was looking to break into his country’s solar energy industry.

“That’s a type of niche market that students can benefit from,” Ortega says.

“It’s possible,” says Pilar Vicente, senior associate director of admissions at IE Business School, about international MBAs who want to land a job in the country after graduation. Many international students, she says, also use the MBA experience as a launchpad into other job markets in Europe. Of the 2012-2013 MBA cohort who ended up in Europe, around 30 percent were not from the continent.

But “in terms of the ones who want to stay in Spain, knowing Spanish is definitely important,” says Vicente.

The growing importance of the Spanish language in the business world is hard to overstate, even for MBAs who have no intention of working in Spain after they graduate. It’s the world’s second-most spoken language, after Mandarin Chinese, but it’s also a de facto business language in Latin America, which is an increasingly important region in terms of economic growth and job opportunities.

Indeed, many Spain-bound business school students, according to admissions representatives, use the MBA experience as a way to gain Spanish language skills. All of the country’s internationally-accredited business schools provide some kind of Spanish-language training as part of their full-time MBA programs.

For Talar Sarkissian, who is originally from Toronto, but currently pursuing an MBA at IESE Business School in Barcelona, learning Spanish was a key reason for why she came to Spain.

“I wanted to expose myself to a more international approach to business,” Sarkissian says. “And I wanted to become fluent in Spanish, recognizing that it's one of the fastest-growing and most relevant business languages to have.”

Sarkissian is pursuing IESE’s “MBA Bilingual” degree, in which some elective offerings in the second year are delivered in Spanish. During the first year of the program, Sarkissian took Spanish-language classes to get ready. Although juggling Spanish classes with MBA curriculum can be “intense,” Sarkissian says, “with some perseverance and discipline, it's ok. You can make it happen.”

Although much of the current discussion around Spain’s economic situation revolves around high unemployment, one bright spot for the country has been a growing embrace of entrepreneurship. It seems that as young people see fewer opportunities in traditional industries and the public sector, they are increasingly willing to go out on their own. The number of startups in the country has been growing over the past few years, as has investment in the sector.

This trend has not been lost on the country’s business schools, many of which have been providing electives and other resources that can help foster entrepreneurship among their MBA students. ESADE Business School, for instance, offers students the chance to start a business through the school’s venture accelerator, as part of an MBA concentration in entrepreneurship.

“What we offer is an ecosystem in which they can develop innovation skills and entrepreneurial skills,” says Gloria Batllori, who notes that the MBA program is housed in the same facility that’s also home to a startup accelerator.

“So they share facilities and they share projects,” Batllori says, and “they generate that mindset of innovation that goes together with multisciplinary teams.”

Likewise, IE Business School students can pursue a five-month long Venture Lab elective, where they can work on their startups and then pitch for venture funding.

Talar Sarkissian, who will be completing her MBA in 2016, is using her time at IESE to develop a startup. While her background is in banking and telecommunications, she wants to combine her passions for business and design by launching a retail company with a social enterprise flavor.

She says that the business school environment has proved conducive to developing an entrepreneurial mindset.

“I come from an entrepreneurial family, so it's something in my blood, but I never really had the confidence to pursue my own thing until I started the MBA.”

As for staying in Spain after she graduates, that remains to be seen. Although she is also considering going back to Toronto, or heading off to California or to London, if the right opportunity came up in Spain, she would consider it.

“I would be open to it, absolutely, if I were able to get a job that really combines all of my interests.”