How to Secure a Competitive MBA Place

It’s a record year for MBA applications, driven up by coronavirus. But that means competition for a place is intensifying

Business schools are experiencing an influx of applications in 2021 for MBA classes starting in 2022 as workers flee the worsening economy and seek shelter from the upheaval on the job market. This is shaping up to be one of the most competitive admissions seasons on record. What can prospective students do to stand apart from the pack in their MBA applications?

The application data paint a picture of a degree in rude health. At INSEAD, with campuses in France and Singapore, applications in 2021 are up by 58 percent compared with 2020.

“It seems that despite the uncertainty, applicants are still considering investing in their education,” says Virginie Fougea, global director of admissions, financial aid and scholarships, referring to the global pandemic that has forced much teaching online. Applicants are betting that vaccines will reduce the impact of coronavirus, and enable a full return to in-person learning next year.

Research over several decades shows that there is a direct correlation between a worsening economy and high applicant volume because the opportunity cost of not working shrinks as chances of a promotion evaporate.

Demand is increasingly across the board regardless of geography, suggesting that local infection rates and public health policy are not a deterrent. At University of Virginia’s Darden School of Business in the US, MBA applications are up substantially this year after a 364 percent surge in applications in the third round of admissions last year.

Dawna Clarke, executive director of admissions, expects an even better performance this time around: “We anticipate that we will see a record volume of applicants in the history of the school.”

George Andrews, associate dean of degree programs at Rice University’s Jones Graduate School of Business, agrees that it’s a record year for MBA applications. “We’ve had swings in the economy resulting in increased applications before, but not to this level,” he says, noting a 64 percent increase so far this year.

He believes that demand is driven by other factors too. Along with the economy, people have more discretionary time at home because they are not commuting or are locked down. In addition, many schools are waiving the GMAT and GRE admissions exams, making it simpler to apply for an MBA.

Another driver of demand is that some schools have extended application deadlines, giving prospective students more flexibility. “It is likely that some MBA programs will set new all-time records for the number of applications received,” says David White, founding partner of admissions agency Menlo Coaching in the Netherlands.

Some admissions teams are also doubling-down on their marketing and recruitment efforts. The bad news is that this has intensified the competition for places on already selective MBA programs. Columbia Business School set a new record of nearly 7,000 applications last year, but it is likely to reject at least 80 percent of those who applied.

“Competition is tough,” says Stephanie Kluth, head of admissions for Germany’s ESMT Berlin, stressing that applicants need to understand and communicate their career goals to demonstrate “fit” with their desired program.

In addition, she says applications should build on their unique strengths. “Prospective students with a more diverse background or interests stand out. We recently enrolled a producer of a comedy show, who had a completely different take on leadership.”

Those from traditional industries, say finance or consulting, can stand out by having an above average GMAT score or GPA, she says. A strong academic track record helps with the case study method of teaching and contributes to schools’ positions in some MBA rankings.

While traditional academic achievement is valuable, it is not the sole indicator of success in the MBA program: Andrews from Rice Business says emotional intelligence is equally important, but it’s hard to measure.

“Relevant and specific examples are essential,” he says. “There are also ways to demonstrate this by promotions and through letters of recommendation.”

But how sustainable is the current demand for MBAs? With Covid-19 vaccines being rolled out in many countries, economists are revising upwards their growth forecasts, though the pandemic is by no means over.

INSEAD’s Fougea thinks the going will keep being good — at least for now. “We believe the current trend will continue for a little longer, but we also know that unprecedented travel restrictions will impact the demand for MBAs,” she says.

ESMT’s Kluth points out that a number of students deferred their places this year due to the travel restrictions and concerns over online learning. This may buttress MBA cohorts in 2022 — if schools can convince students to take up their places, or risk losing their deposits. It may also raise competition for those applying now, however.

“We implemented a very liberal deferral system, and 32 candidates took advantage of this. If all of the students who ultimately deferred join the program, we are on track to have our largest MBA intake ever,” says Kluth.

But Darden’s Clarke says that after a bumper year for deferrals in 2020, not many students are requesting them this year, reflecting optimism that the pandemic is under control.

That may just deter future applicants, however. “When the economy turns around — which may take several years — we will see overall application volumes decrease,” says US-based admissions consultant Stacy Blackman.

However, she also expects significant interest in the most elite business schools, driven by employer hiring, which has largely recovered from its pandemic nadir, according to surveys.

And Blackman believes doing an MBA in these hard times could be admirable. “We’ll likely see an even stronger preference among employers for MBA graduates who have been trained to navigate rough waters,” she says. 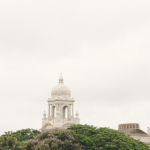 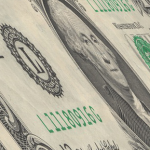 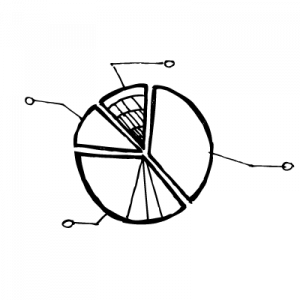