5 Questions for an MBA Working in Tech—Dan Keyserling

Can you tell me a bit about your education and career path so far? 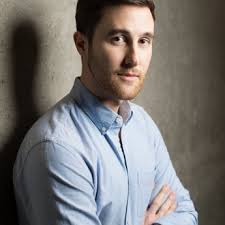 For my undergraduate degree I studied political and social thought at the University of Virginia, which is basically a degree that combines political theory with history and literature. While I was at UVA, I worked for the school newspaper, the Cavalier Daily, for most of my time there. Then I worked in communications for Hillary Clinton’s first campaign, and briefly at the New York Times in New York City. Then I went to Google, in 2009, and I’ve been working there ever since.

I got my MBA at NYU at night—I attended part-time, and graduated in 2015. I specialized in macroeconomics and management, and I did that over two and a half years; it’s a full MBA, but you just take your classes at night or on weekends. You can do as quickly or slowly as want, up to five to six years, I believe. I wanted to do mine pretty quickly, which meant I had to do a lot of classwork and weekend classes and more or less not take breaks throughout the year.

How and when did you get interested in working in technology?

I never imagined myself working at a tech company when I was in college. I definitely thought I was going to be working in either politics or journalism. The real story of why I moved to New York was that my then-girlfriend got into law school at Columbia, said ‘I’m moving to New York,’ and I said ‘Okay, that sounds good.’ I was actually unemployed for a couple of months during that transition phase. When I got the New York Times gig, it seemed more like what I was expecting to do. But a friend was working for Google at the time, and said ‘you should come here.’ At that point I really admired the company, although it was hard to imagine what I would do there. But I got my first job there as an assistant for a couple of engineering directors. And then once I was inside Google I looked for teams who were working with subjects that I cared a lot about—international security, working with vulnerable populations, defending human rights. And there wasn’t really a team at Google that combined all those things in one place that I could easily find.

Nine months after I started working there, Eric Schmidt hired Jared Cohen to create a team called Google Ideas, which eventually became Jigsaw; I was 4th hire on that team. Getting there wasn’t so straightforward; as soon as I found out that Eric had hired Jared, I figured out where he was sitting, marched over, and introduced myself. He said, ‘well I don’t have any budget or headcount, I can’t hire you, but if you want to volunteer, you can do that.’ Google has a tradition of allowing you to volunteer part of your time to projects you care about. And because at the time I worked for two engineering directors who had offices on two separate floors, no one knew where I really was, so I just sort of moved my office into Jared’s office. I kind of benefitted from corporate squatter’s rights.

Do you think you needed an MBA for your job? How does your MBA supplement what you’re doing now?

I don’t think I needed one; no one says, “you need to get an MBA.” I got one because I wanted to go to graduate school—I wanted to learn in a formal environment, and have a kind of structure around getting smarter. I was also a small business owner at the time—my college buds and I started a small coffee shop, and I wanted to learn how to do that better, be a better entrepreneur, business owner, and I wanted to put that process in context of a formal MBA curriculum. I thought I’d learned a lot just by starting the business, but it was really helpful to put a lot of those lessons in context of other lessons people learned creating and running businesses. The MBA also made me better understand what things were going on around me while working at a big company like Google—gave me context, better resources of the decisions that were being made, and allowed me to study rigorously things like macro-economic trends, financial crises, and how markets operate, how organizations like Google participates in all that. I’m really glad I got my MBA while working at Google; it gave me such an incredible place to not just apply what I was learning, but also to steer that knowledge into what I was doing in the future.

Do you feel there’s a lot of focus on technology in MBA programs? Were a lot of your classmates angling towards a career in technology?

Every business school kind of has its own angle and reputation, and NYU is known for being a finance-heavy school because of its location and faculty. I was a bit of a rarity there working in technology. I’d say that many were getting MBA for a really specific purpose—needing it within their organization, to get out of their current field, or pivot somewhere else. I’d say that most of my classmates still worked in finance in one way or other.

Do you have any advice for MBA students looking to get into the industry?

I would say that even if you’re not considering getting into tech as an MBA, spend some time getting to understand the industry—the life cycle of a tech product, how it gets made, the relationship between software engineering and product management—because I think that even if you’re not interested in delving into the industry per se, that whole sector is going to be increasingly relevant to all other sectors. People with some fluency in how it works are going to be better equipped to work in other industries.

Also, for people who are interested in getting a job in big tech company, don’t let the perfect role be the enemy of a good role. I talk to a lot of people who say ‘oh there’s only one job I’d consider at X company,’ with an overwrought idea of what they’re going to do there. That wasn’t really my approach. I said ‘let me just get in the door of the coolest place in the world and see how I can be useful there.’ They’re really dynamic. Once you get inside, you have a much better sense of what’s going on. You’re better equipped to make informed decisions about your career. 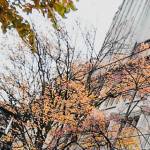 See List
Related Discussions
A Place in the Sun: MBA Programs in California