Should I Take the GMAT or GRE?

Many MBA programs now accept scores from both tests. Which will give you an edge?

The biggest hurdle for many MBA hopefuls is the Graduate Management Admission Test (GMAT). Getting a good score on this famously tough standardized test has been the bane of b-school applicants since the 1950s.

But if you're looking at MBA programs in the United States, there is an alternative. Graduate Record Exam (GRE) scores are now accepted by hundreds of business schools in the US, including NYU, Harvard, Wharton, and Stanford. Dozens of schools in Europe and Asia also consider GRE scores, though uptake in the United Kingdom has been minimal so far.

So, if both tests, the GRE and GMAT - are accepted at the business school you are applying to, which test should you take?

Most prospective MBA students still opt for the GMAT, even though it is widely considered the harder test. About 47 percent of people surveyed by Kaplan Test Prep in 2010 thought the GMAT is more difficult than the GRE. Only 10 percent thought the GRE was harder, while 29 percent weren't sure.

The GMAT is also the more widely accepted test for business schools globally. Around 1,500 institutions accept GMAT scores, compared to the some 450 that accept GRE scores. Even for schools that officially accept both scores, there still seems to be a preference for the GMAT.


"The GMAT has long established itself as relevant to the courses taught in core MBA classes," says Erin Nickelsburg, director of admissions at the University of Wisconsin-Madison's School of Business. "The GMAT is a predictor of your ability to be academically successful in the first semester of your MBA, and that's it".

"Every school has done regression analysis to determine whether this is true or not, and it does, in fact, hold true over and over and over again", says Nickelsburg. "I've been doing this for ten years, and it holds true".

"If I were talking with someone who has taken neither, I would suggest that they take the GMAT", she says. "We have years and years of experience at seeing how people at various GMAT points have done in our school and what they've gone on to do".

Which prompts the question: why accept GRE scores at all?

The GRE is the standard admissions exam used by many US graduate schools in many different disciplines, not just business. Wallace says accepting GRE scores offers applicants some flexibility, particularly for those who have already taken the GRE to get into another (non-business) graduate program.

"If (the GRE score) is already there, and you can concentrate on some other parts of your application, why not?" says Wallace of these applicants.

The GRE might also be a handy solution for students looking to apply to dual-degree programs, like a MBA-Master of Fine Arts or MBA-Master of Public Administration program, which often require separate applications.

As of yet, nobody seems to have developed sure-fire way to calculate equivalent scores between the GRE and GMAT. That means it's hard to know exactly what one needs to score on the GRE to be competitive with an applicant who gets, say, a 670 on the GMAT.

IE Business School in Madrid has taken things a step further by developing its own admissions test, which it offers applicants as an alternative to both the GMAT and GRE.

"The IE Admissions Test is designed to determine a candidate's ability to make management-style decisions under pressure and, as such, is more practical than standardized tests", says Nita Swinsik, IE's associate director of admissions.
"Since we focus on diversity, we have students coming from many countries where standardized testing is not the norm".

Perhaps in response to competition from other tests, the GMAT is evolving. A "Next Generation GMAT" is expected to replace the current test in June 2012. It's not quite as revolutionary as the title implies: a new, half-hour "integrated reasoning" section will take the place of one of the two analytical writing sections in the current GMAT setup.

But despite the small change, MBA hopefuls are likely to rush to take the "known" exam before the new section is introduced, even though GMAC, which administers the GMAT, says that study materials will be available in time to prepare test-takers for the "unknown".

The GRE, however, will offer little refuge from change. It, too, is undergoing a revision, and the new test will start in August 2011. GRE takers can expect a new emphasis on sentence completion and reading comprehension, while access to an on-screen calculator is expected to change the nature of the math problems.

According to a survey done by Kaplan Test Prep in 2014, 85 percent of MBA programs now allow students to submit GRE scores, as an alternative to the GMAT. However, few MBA applicants are actually taking advantage of this: over half of the admissions representatives surveyed by Kaplan said that just one in ten (or fewer) applicants submit GRE scores.

Read more about the GMAT:

Inactive User    |    Jun 16, 2015 07:33
GMAT vs GRE – this is a conundrum that is not uncommon among MBA applicants today. This scenario has developed fairly recently, but it is here to stay. 2011 onwards, ETS (Education Testing Service, the people who conduct the GRE) started pushing for wider inclusion of the GRE among business schools. According to a US News report, more and more business schools are now also accepting the GRE for MBA admissions. Before we can get to the question on whether one should take the GRE or the GMAT for B-school admissions, we first need to compare the two tests to point out obvious differences.
Reply 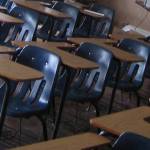 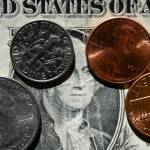