In a February 2016 editorial for Financial Times, Jonathan Moules noted that the rapidly changing face of the post-recession business world had blurred the differences between the technology and entertainment industries to the point that distinctions seemed more or less irrelevant. The primary beneficiary of this change, Moules contended, would be the graduates of MBA programs who would be increasingly relied upon to help these companies manage their explosive growth.

Indeed, in recent years, MBAs have been snapped up, both by emerging entertainment companies focusing on streaming services such as Hulu, as well as traditional media firms like CBS, Warner Bros., and NBCUniversal. These MBAs need to grapple with an industry in the midst of a sea change, with rapid developments taking place in nearly all aspects of the sector. “Even if it’s the same title, something we offered in 2000 is totally and completely different [now],” Craig says. “In terms of the program itself, we started off focusing on the entertainment industry, and in the late 90s, the entertainment industry was pretty much siloed. Movie studios were movie studios, and TV networks were TV networks. But that has changed considerably, so there’s this huge move toward convergence, and what television is today is really quite different from what it was in the year 2000.”

“It’s not broadcast. It’s not cable. It’s streaming, it’s Netflix, it’s broadcast, it’s cable: it’s all of these things rolled into one.”

A variety of options

Taking an even tighter focus, Berklee College of Music and South New Hampshire University offer a joint MBA in the Music Business, a program that focuses exclusively on finance and marketing within a constantly evolving music industry. Similarly, Henley Business School features an MBA for Music and Creative Industries program, with courses focusing on innovation, design, and intellectual property.

For Barry van Zyl, a graduate of the Henley program and musician who has spent 18 years as the drummer for legendary South African singer-songwriter Johnny Clegg, the experience has transformed the way he thinks about the music industry.

“I have experienced a ‘rewiring’ in terms of expertise, capabilities and most importantly self-knowledge or personal development,” van Zyl explains. “On starting the program I was focused only on a toolkit to exploit opportunities in the music sector. The critical transition I have experienced is that I am no longer tied to the music business through the comfort of networks but am excited to explore creative entrepreneurship in any industry.”

A foot in the door

For Evelyn Zhang, a West Point graduate who spent five years as a technology officer in the United States Army, the transition to the world of entertainment media wasn’t clear. “I went into Stern, and I was like, ‘I want to be in media,’ and after Stern I thought, ‘Okay, now I know how media is organized and how films and TV studios – how those business relationships look,’” Zhang explains.

Zhang says that the MBA gave her a foundation for understanding the media industry, which allowed her to jump right into the field.

After internships at ABC and Showtime, Zhang started a two-year rotational program at Viacom following the MBA. Having already spent six months in product management, followed by six months in data analytics, Zhang is currently working in content distribution. With opportunities to network with and learn from industry veterans, Zhang says she is positioned to put into practice the skills and knowledge she acquired at Stern. It’s who you know

Many of the MBA programs in entertainment put a focus on making contacts within the industry.

That’s particularly true of the MBA Program in Arts, Media and Entertainment Management at the Schulich School of Business at Toronto’s York University.

Zemans says that, in several of the MBA courses, students are teamed up with senior executives in the industry. Through these relationships, students can explore how their classroom learning plays out in the real world.

That direct contact remains an essential component of Stern’s program, as well. The challenge for MBA programs, Craig says, is maintaining a balance between focusing on the time-honored fundamentals while staying flexible enough to address trends as they emerge. The Stern program accomplishes this partly through their use of adjunct professors who are also industry tastemakers, such as Buzzfeed president Greg Coleman.

The entertainment industry is changing, and the future is going to come through a new generation of MBAs who both understand the pace of change and can anticipate the direction.

“If you look at a lot of the legacy businesses, they are run by senior executives who grew up in a different environment, and they are aware that it’s changing, but they don’t always get it,” Craig explains.

“So that’s one of the reasons they hire bright, young MBAs who are more digital savvy, and they expect them to be able to drive the business forward.” 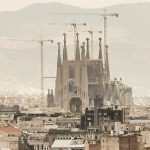