The GMAT is no longer the only way to get into business school. Another standardized test—the GRE—has grown massively in popularity among MBA aspirants and schools alike. According to US News data, a dozen American schools last year saw double-digit increases in the proportion of applicants who submitted GRE scores. Although the GRE is more popular at US schools, plenty of top European and Asian schools also accept GRE takers in their droves. We’ve listed the best of them globally below.

The Gies College of Business, at the University of Illinois at Urbana–Champaign, is accredited by AACSB International. A massive 64 percent of MBA entrants last year submitted GRE, rather than GMAT scores. Over the past four years, there’s been a 178 percent increase in those admitted with GRE scores.

Judge Business School is undoubtedly one of the UK’s premier MBA institutions, thanks to its stellar ranking in global publications such as the Financial Times and connection to the storied University of Cambridge. The school accepts the GRE and says that a “verbal score of 160 and a quantitative score of 161 is considered competitive, however we do accept all scores”. For comparison’s sake, the average GMAT score of the full-time MBA class is currently 693.

accepted with GRE, not GMAT scores. In the past two years, there was an 85 percent surge in the proportion of people admitted to the MBA with a GRE score. The AACSB-accredited school is ranked well in some global MBA ranking publications.

The Indian School of Business is one of the country’s best, according to the FT. The overall GRE scores submitted by successful PGP candidates ranges from 311 -335. This indicates good cohort quality, which is essential to group projects and can help with recruitment too, but is not too high to be unattainable. The average GRE score is 326 (the average GMAT score of accepted PGP candidates is typically over 700.) 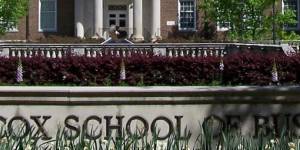 The Edwin L. Cox School of Business, part of Southern Methodist University in Dallas, Texas accepts some of the largest numbers of GRE takers. A huge 47 percent of last year’s cohort took the upstart admissions test, with the proportion up by a whopping 292 percent over the last four years.

At Oxford Saïd, 17 percent of MBA students were admitted with GRE scores. This is much higher than peer schools in the UK, which tend to focus on recruiting MBA students with GMAT scores. Oxford’s MBA is ranked highly in most major league tables, such as those produced by The Economist and Bloomberg Businessweek.

The Questrom School of Business, at Boston University in Massachusetts, bagged AACSB accreditation in 2017 and rose two spots in US News’ latest ranking of MBA programs to 42nd overall. An impressive 45 percent of candidates were admitted with GRE scores last year, up from 29 percent in 2017.

The Naveen Jindal School of Management, at UT Dallas in Texas, is AACSB-accredited and is renowned for its focus on innovation. The proportion of prospective students submitting GRE scores and being admitted fell from 45 percent in 2017 to 40 percent last year. But that’s still a huge vote of confidence in the alternative standardized test. 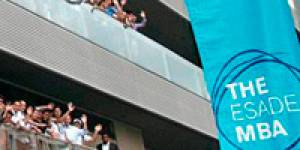 At ESADE Business School in Barcelona, the current average GRE score is a high but attainable 160/162. ESADE is one of Spain’s best schools, having been ranked highly by the FT in 2019 and being the first in the country to get the prestigious EQUIS accreditation back in 1998. 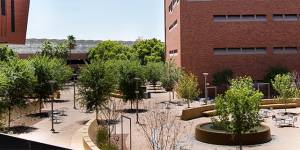 Carey saw a massive 186 percent surge in admitted students with the GRE score over the past four years. The proportion hit 40 percent in 2018. The school is ranked in the top 25 among those in North and South America, according to the FT.

Ranked #1 for Entrepreneurship by US News

Tracking Down the Funds: How to Pay for Your MBA