If you’ve scored 640 on the GMAT, by many indications, you have done well. A 640 on the GMAT means that you have outscored the majority of test-takers, coming in at the 68th percentile. This bodes well if you are interested in applying to a decent MBA program.

The GMAT is considered to be a good predictor of academic and career success. The standardized test measures our quantitative skills, primarily, which has obvious application in business management.

So most MBA programs require a GMAT score. The exact score, however, tends to be mysterious. Many schools do not claim there is a minimum, but many publish averages. This data can be used to guide your choice of school. So, if you’ve scored a 640 on the GMAT, you can safely assume that you might be competitive in MBA programs where the average GMAT score is in that range.

Of course, all 640 GMAT scores are not made equal. Business schools typically look for a good balance between the verbal and quantitative sections, so if one of your section scores is much higher than the other, it might be worth re-taking the GMAT to get a more balanced score.

A high GMAT signals a quality cohort that you will learn much from in an MBA. Therefore, schools prize candidates with high scores because they are reflected in their positions in MBA rankings.

But they also know that GMAT scores do not tell the full picture. Plenty of candidates are admitted to top schools with sub-standard GMAT scores, but some other aspect of their application is usually exceptional. So, if you’ve scored a 640 on the GMAT, and the schools you are interested in have higher average scores, you may need something more substantial in another part of your application, such as work experience or undergraduate performance.

In any case, strictly in terms of average GMAT scores, for those with a 640 score, these are the ten best MBA programs you should be targeting.

ESMT Berlin is a top business school based in the heart of Germany’s booming job market that focuses on technology and entrepreneurship. But although the school attracts promising future innovators, this is not reflected in the GMAT scores for admitted MBA students, which last year averaged 640. The range for all admitted MBA candidates was 550-740.

The most recent MBA class at Cranfield School of Management in the UK had a mean GMAT of 640. It was last year ranked among the top European business schools by the Financial Times, a respected rankings agency. The campus, in Bedfordshire, is close to myriad corporate recruiters in London, but far cheaper to live in than the capital city.

The University of St Gallen is one of Europe’s most respected business schools. The Swiss school’s MBA in Switzerland had a 634 GMAT average in 2018, so those with a 640 score have good odds of getting in.

Manchester Business School in the UK had a 650 GMAT average last year and the range was 600-760. This means that, with a 640 GMAT, you could potentially be studying alongside a high quality cohort. This is important because on an MBA, you learn as much from your peers as the professors.

Warwick Business School, also of the UK, had a strong GMAT average of 654 and a range of 510-750. The Warwick MBA was last year ranked among the top courses globally by The Economist, a prestigious business magazine.

At the University of Maryland’s Robert Smith School of Business, the average GMAT for admitted MBA students plummeted from 662 in 2014 to 640 last year. Judging from these numbers, a candidate with a GMAT score at this level would stand a good chance of admission. Students are at the intersection of business and power, between Washington DC and Baltimore.

University of Rochester’s Simon School of Business also saw a big drop in its GMAT score in the same period, from 684 to 666. This means it’s a good option for those with a 640 score, since in some cases, the school may be more lenient in admissions. The Simon course is a good option for overseas students, as its STEM designation means they can work in the US for longer than usual with a student visa.

Boston College’s Carroll School of Management saw an even steeper 30 point drop in the average GMAT score between 2016 and 2017. In 2018 the mean is 637, putting it well within range of someone with a 640 score.

Indiana University’s Kelley School of Business had an average GMAT score of 674 last year, but the range was between 530-760. This is a good wild card application for someone with a score of 640 because the school tends to admit people with far lower quant abilities. 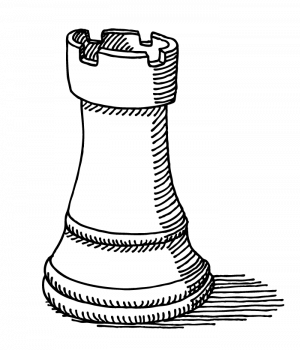